by Angelena Iglesia on March 22, 2020 in Goverment

In the late 1950s, fifty-six acres of downtown Boston were demolished in an
urban renewal project. Many old granite and brick buildings were torn
down and replaced with the John F. Kennedy Towers, Center Plaza, and
the new Boston City Hall. Adams Square and
Scollay Square were completely
eliminated. Scollay Square had evolved into a burlesque area, which helped justify flattening the entire square.

The architectural theme of Government Center was that of an Italian piazza. The open air plaza would
flow into the new Boston City Hall building. Public business would be conducted in the lower levels, and city business
would be conducted in the higher floors. The most important city functions would
be in the highest floors, overlooking the plaza. 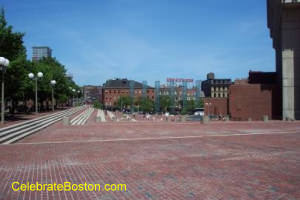 Occasionally a master plan does not live up to expectations. Someone once remarked,
made politically correct by this author: “If Boston is the Hub of the Universe, then
Boston City Hall is the least attractive building in the universe.” The theory behind larger stories at higher levels in the new city hall
was to allow pedestrians to view more of the plaza, but the net result is a
feeling that the building is hanging over one’s head. The goal behind a
wide open plaza was to create recreational space, but the final result is a
feeling of being in a wind-swept open field looking for the quickest way out (especially at night).

A joke from 1970-1975 was to ask someone to turn a Lincoln Penny upside down and say, “Look, there’s Boston City Hall!” Another joke was to question why the city needed an Italian
piazza when Boston Common served the purpose for a couple of hundred years. The Brick Desert was coined at some point during the 1990s as a
description of the space. The only saving grace is that summer concerts now take place in the plaza, which
draw many people into an area of the city where there are restaurants and bars that cater to tourists. 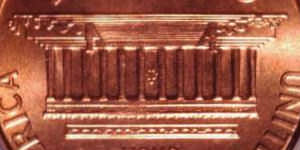 In 1825, Josiah Quincy
developed Quincy Market by
first reclaiming land from the sea. He then built the new market, and used
the rents to pay for its construction. This author would like to see
Government Center Plaza someday reclaimed.

Cornhill Street could be restored
as a cobble-stoned pedestrian way, lined with small buildings having
brownstone-like facades. Restaurants, bookstores, or antique shops
could be on a “new” Cornhill Street. Twin towers could be built opposite the JFK buildings, to
balance their visual effect. The new towers could be beautiful brick structures,
with art-deco concrete trim, and green metal roofs. At the base of the
towers there could be a grass lined walkway with busts of famous Bostonians, from
John Winthrop to Mayor Menino, in chronologic order (or other works of art).