The period between 1968 and 1975 witnessed an immense upsurge of the working class. Left-wing and socialist movements grew significantly throughout the world. In the midst of a powerful strike movement of British workers in the summer of 1972, the Daily Telegraph published an editorial headlined, “Who Shall Rule?,” raising […]

The period between 1968 and 1975 witnessed an immense upsurge of the working class. Left-wing and socialist movements grew significantly throughout the world. In the midst of a powerful strike movement of British workers in the summer of 1972, the Daily Telegraph published an editorial headlined, “Who Shall Rule?,” raising openly the specter of a revolutionary overturn of the capitalist state by the working class. In the United States, the attempt by the Nixon administration—with the support of the AFL-CIO bureaucracy—to impose wage controls failed in the face of widespread defiance by an increasingly militant working class. In country after country, the workers demonstrated a determination to fight in defense of their class interests. But the central historical problem identified by Leon Trotsky in 1938—the “historical crisis of the leadership of the proletariat”—remained unsolved. The old Stalinist and Social-Democratic labor and trade union bureaucracies utilized their positions of influence, with the critical assistance of the Pabloite tendencies, to divert, disorient and suppress mass struggles that threatened bourgeois rule. Situations with immense revolutionary potential were misdirected, defused, betrayed and led to defeat. The consequences of the political treachery of the Stalinists and Social Democrats found their most terrible expression in Chile, where the “socialist” Allende government, abetted by the Communist Party, did everything it possibly could to prevent the working class from taking power. That Allende himself lost his life as a consequence of his efforts to prevent the overthrow of the bourgeois state does not lessen his responsibility for facilitating the military coup, led by General Augusto Pinochet, of September 11, 1973.

The inability of the working class to break through the log-jam created by its own organizations provided the bourgeoisie with the time it needed to stabilize and reorganize the fragile world order. By mid-1975 there were signs that the worst of the economic crisis had passed. Dollars that had flowed into the Middle East after the quadrupling of oil prices (“petro-dollars”) were recycled by the International Monetary Fund back to the major capitalist banking centers, to provide new liquidity for the world financial system. The IMF-sponsored “reflation” provided Britain’s Labour Party prime minister, Harold Wilson, with the financial credits he needed to arrange temporary compromises with the trade union bureaucracy, while preparing the ground for renewed attacks on the working class. The reactionary political intentions of the Labour government found their most conscious expression in September 1975, when Wilson’s government ordered an unprecedented police raid on the education center of the Workers Revolutionary Party.

By late 1975 the international bourgeoisie was able to begin exploiting the social frustrations produced by the inability of the working class to implement a revolutionary socialist solution to the crisis. In Australia, in November 1975, Governor-General Sir John Kerr intervened in the political crisis created by the provocative actions of the bourgeois Liberal Party to remove from power the democratically-elected Labor government of Gough Whitlam. This action took place at a time when it was well known that the CIA was heavily engaged in efforts to destabilize the Whitlam government. Kerr’s “coup” was met by massive protests by the working class, demanding that Whitlam stand his ground and openly defy Kerr. The call for Whitlam to “sack” Kerr was voiced by hundreds of thousands of working class protestors throughout Australia. Instead, Whitlam capitulated cravenly to the Governor-General and left office. Such exhibitions of political cowardice by the labor bureaucracies served only to encourage the international bourgeoisie to believe that it could attack the working class with impunity. In Argentina, the military overthrew the Peronist regime—which had been backed by the Pabloites—and initiated a reign of terror against the left. In Sri Lanka and Israel, right-wing governments came to power, espousing the anti-Keynesian monetarism promoted by Milton Friedman, whose economic theories had already been set to work by the Chilean dictatorship.

In May 1979 the Tory party, led by Margaret Thatcher, came to power in Britain. The political conditions for her victory were created by the right-wing policies of the Labour government. Working class anger erupted in a wave of strikes in late 1978 and early 1979, the so-called “Winter of Discontent.” All of these struggles were sabotaged by the trade union bureaucracy. In the United States, the Carter administration shifted sharply to the right in the wake of a protracted miners’ strike in 1977-78 that lasted more than 100 days. The government’s invocation of the Taft-Hartley Act, ordering the miners back to work, was ignored by the strikers and could not be enforced. The American ruling class decided that further attacks on the working class required more careful preparation. In August 1979 President Carter appointed Paul Volcker chairman of the Federal Reserve. Volcker proceeded to raise interest rates to unprecedented levels, with the intention of provoking a recession that would significantly raise unemployment levels, weaken the working class, and prepare the ground for a major right-wing offensive. The sharp turn toward class confrontation was confirmed with the Republican Party’s nomination of Ronald Reagan and his election as president in November 1980. Reagan was inaugurated in January 1981. Little more than six months later, in August, the Reagan administration responded to the strike called by the Professional Air Traffic Controllers Organization (PATCO) by firing 11,000 striking controllers. The AFL-CIO refused to take any action to defend the workers. This attack marked the beginning of the end of the trade union movement as a significant social force in the United States. A green light had been given by the government to the corporations, authorizing open strike breaking. The AFL-CIO, moreover, made it very clear that it would do nothing to stop the right-wing rampage against the working class.

The setbacks suffered by the working class in the major centers of capitalism cleared the way for a more aggressive assertion of imperialist interests. Prime Minister Thatcher dispatched the British navy to the South Atlantic to dislodge Argentina from the Malvinas (Falkland Islands). The Reagan administration became deeply entangled in a dirty war against left-wing forces in El Salvador and Nicaragua, intensified its collaboration with the mujahedeen in Afghanistan, sent US forces into Lebanon, escalated its anti-Soviet “Evil Empire” rhetoric, and dispatched troops to Grenada.

Sun Oct 4 , 2020
Sohail Ayaz was a mere Google search away from being discovered. If a single curious colleague had taken the pain to look up his name, they would have come across in-depth articles in numerous international publications splashed with headlines such as “Paedophile who worked for Save the Children jailed”. Ayaz’s […] 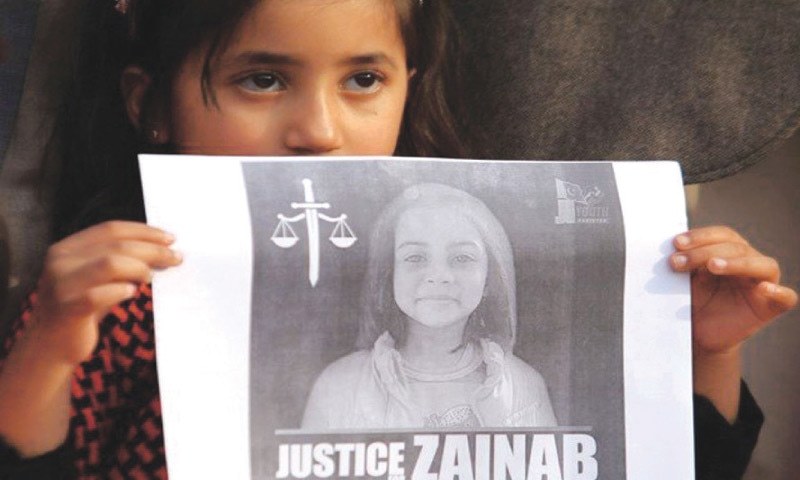