A Chinese company with links to Beijing’s military and intelligence networks has been amassing a vast database of detailed personal information on thousands of Australians, including prominent and influential figures. A database of 2.4 million people, including more than 35,000 Australians, has been leaked from the Shenzhen company Zhenhua Data […]

A Chinese company with links to Beijing’s military and intelligence networks has been amassing a vast database of detailed personal information on thousands of Australians, including prominent and influential figures.

A database of 2.4 million people, including more than 35,000 Australians, has been leaked from the Shenzhen company Zhenhua Data which is believed to be used by China’s intelligence service, the Ministry of State Security.

Zhenhua has the People’s Liberation Army and the Chinese Communist Party among its main clients.

While much of the information has been “scraped” from open-source material, some profiles have information which appears to have been sourced from confidential bank records, job applications and psychological profiles.

The company is believed to have sourced some of its information from the so-called “dark web”.

One intelligence analyst said the database was “Cambridge Analytica on steroids”, referring to the trove of personal information sourced from Facebook profiles in the lead up to the 2016 US election campaign.

The database has been shared with an international consortium of media outlets in the US, Canada, United Kingdom, Italy, Germany and Australia, comprising the Australian Financial Review and the ABC.

The media consortium sought comment from Zhenhua, but received no reply.

Of the 35,558 Australians on the database, there are state and federal politicians, military officers, diplomats, academics, civil servants, business executives, engineers, journalists, lawyers and accountants.

They range from the current and former prime ministers, to Atlassian billionaires Mike Cannon-Brookes and Scott Farquhar, and business figures David Gonski and Jennifer Westacott.

But there are 656 of the Australians featured on the list as being of “special interest” or “politically exposed”. Exactly what the company means by either of these terms is unexplained, but the people on the list are disparate in occupation and background, and there seems little to no explanation in who has made the list.

But it also has some Australians with a criminal past, including self-proclaimed Perth sheikh Junaid Thorne, Geelong accountant and fraudster Robert Andrew Kirsopp and ex-TEAC boss Gavin Muir who died in 2007 just weeks before he faced court for dishonesty offences.

The database was leaked to a US academic based in Vietnam, Professor Chris Balding, who until 2018 had worked at the elite Peking University before leaving China citing fears for his physical safety.

“China is absolutely building out a massive surveillance state both domestically and internationally,” Professor Balding told the ABC.

“I think it speaks to the broader threat of what China is doing and how they are surveilling, monitoring and seeking to influence… not just their own citizens, but citizens around the world.”

Professor Balding has returned to the United States, leaving Vietnam after being advised it was no longer safe for him to be there.

It was also a grave risk taken by the person who leaked the database to him, who contacted him as he started publishing articles about Chinese tech giant Huawei.

“We’ve worked very hard to make sure that there are no links between me and that person, once I realised what had been given to me,” he said.

“They are still in China. But hopefully I think they will be safe.”

‘Collection nodes’ scattered around the world, one likely in Australia

Professor Balding gave the database to Canberra cyber security company Internet 2.0 which was able to restore 10 per cent of the 2.4 million records for individuals.

“This mass collection of data is taking place in China’s private sector, in the same way Beijing outsources its cyber attack capability to private subcontractors,” Mr Potter told the ABC.

“In the process, the company has violated the privacy of millions of global citizens, the terms of service of just about every major social media platform and hacked other companies for their data.”

There are 793 New Zealanders profiled in the database, of whom 734 are tagged of special interest or politically exposed.

Zhenhua boasts it has about 20 “collection nodes” scattered around the world to vacuum enormous amounts of data and send back to China. Two of the nodes have been identified as being in Kansas in the United States and the South Korean capital Seoul. The Australian node has not been detected.

The military sector appears to be of particular interest to the company. The database tracks promotion prospects of officers and political networks.

In one instance, the career progression of a US naval officer was closely monitored and he was flagged as a future commander of a nuclear aircraft carrier.

“The company… boasts that it has 20 information collection centres spread around the world,” Clive Hamilton from Charles Sturt University said.

“This suggests that there’s almost certainly one in Australia. So that means somewhere in Australia, there is a Chinese state-owned company that is sucking up data from across Australia and feeding it into China’s intelligence service.

“Well, where is that centre? And if we can find it, shouldn’t we close it down? It would appear to be violating all kinds of laws.”

Professor Hamilton said the wide range of people named in this database provided serious cause for concern.

“If you’re a 14-year-old daughter of a politician, then we now know that China’s intelligence service is monitoring your social media commentary, and recording pieces of information that are of interest or may be of interest in the future,” he said.

“So it really is quite sinister in the way that China is targeting so many aspects of society in a country like Australia for sucking up and storing this intelligence, and using artificial intelligence in a exceptionally sophisticated way.”

A Five Eyes intelligence officer, who uses the pseudonym Aeneas, has pored over the data, and described the technique as “mosaic intelligence gathering” — sourcing vast tracts of information from a wide variety of sources.

“The individual pieces of intelligence are like tiles in a mosaic, which make sense when they are arranged the right way,” Aeneas said.

He argued it was a different way to collect information than how many western agencies went about their work.

“For example, we had a long-running penetration operation inside a Chinese diplomatic post,” Aeneas said.

“You’d think we would have collected on everyone, but we didn’t.

“Not everyone inside the post was an intelligence operator for the other side.

“We collected thoroughly on their spooks and stringers, but unless someone in the post was a possible source for us, we left them alone.”

Australia’s fledgling space industry is also of some interest to Zhenhua.

Queensland’s Gilmour Space Technology, founded by banker Adam Gilmour, has been closely profiled by the company — so much so that every board member of the company has been profiled in the database.

Zhenhua went looking for everyone in Australia with the surname Gilmour to probe the company.

It also presents a challenge to domestic cyber defence, given the likely presence of other hostile computer servers in Australia trawling public source data.

Zhenhua Data, established in 2018, is believed to be owned by China Zhenhua Electronics Group which in turn is owned by state-owned China Electronic Information Industry Group (CETC), a military research company which had an association with the University of Technology Sydney until 2019.

Netflix Cancels ‘The Society’ Due To The Coronavirus

Fri Sep 18 , 2020
Allie in The Society. Netflix As a global pandemic rages, it often feels like we’re in a dystopian parallel universe, and wouldn’t it be nice to try to get back to our original timeline where everything is okay. On Netflix’s The Society, that’s exactly what the characters are dealing with. […] 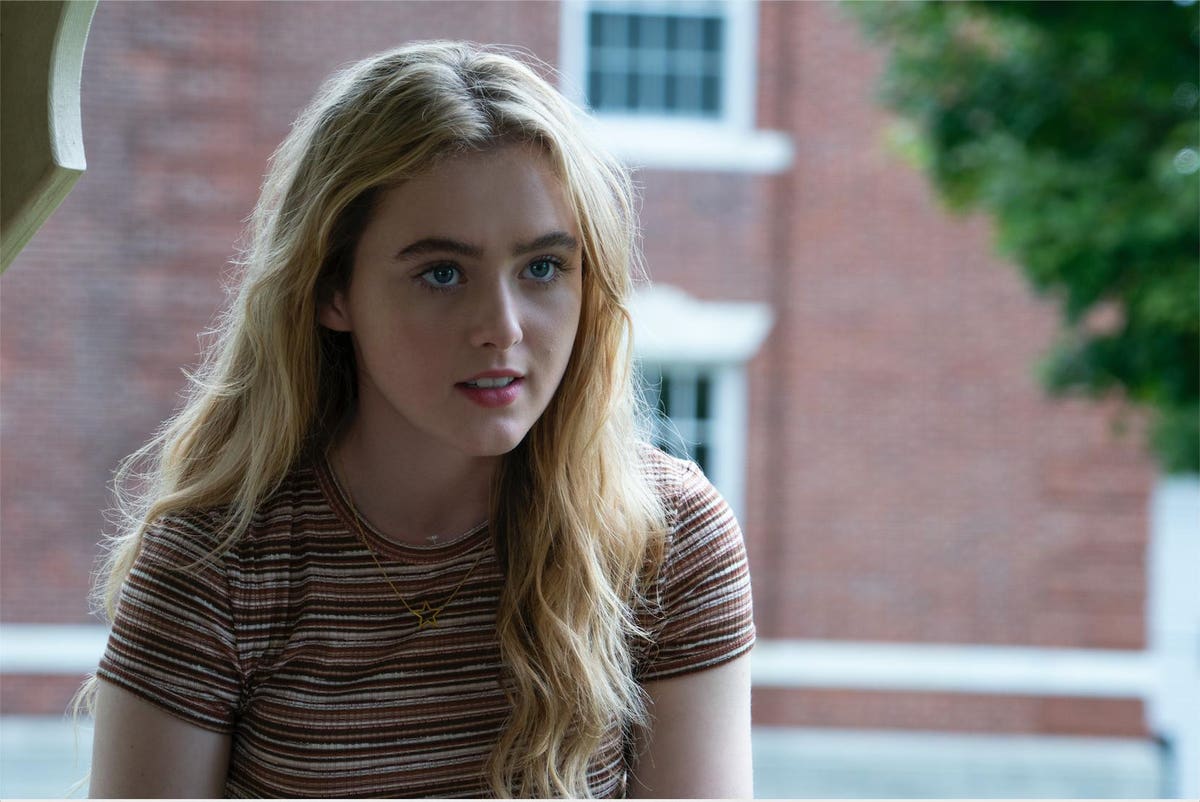