© ASSOCIATED PRESS
FILE – In this Wednesday, Sept. 9, 2020 file photo, Britain’s Prime Minister Boris Johnson leaves Downing Street to attend the weekly session of Prime Ministers Questions in Parliament in London. British Prime Minister Boris Johnson has strongly defended his controversial plan to override sections of the Brexit deal that he negotiated with the European Union, arguing that the bloc has an “extreme” interpretation of the treaty that could jeopardize the future of the U.K. In a column Saturday, Sept. 12, 2020 in The Daily Telegraph, Johnson said the Internal Market Bill is required to end EU threats to impose a “blockade” in the Irish Sea that he argues could “carve up our country.” (AP Photo/Kirsty Wigglesworth, file)

Britain is preparing to opt out of major parts of European human rights laws, risking an explosive new row with the EU.

Boris Johnson’s aides and ministers are drawing up proposals to severely curb the use of human rights laws in areas in which judges have “overreached”.

The plans under discussion include opt-outs from the Human Rights Act, which could prevent many migrants and asylum seekers from using the legislation to avoid deportation and protect British soldiers against claims relating to overseas operations. The Act allows British courts to apply the European Convention on Human Rights (ECHR).

The move sets up a major new confrontation with the EU, which has been demanding that the UK commits to remaining signed up to the ECHR and keep the Human Rights Act in place as the price of future “law enforcement co-operation” between the bloc and Britain.

As Boris Johnson faced a major revolt over his decision to alter the EU divorce deal over its provisions on Northern Ireland (see video below), Sir Keir Starmer accused the Prime Minister of “reigniting old rows” over Brexit instead of focusing on the response to coronavirus.

Writing in The Telegraph, the Labour leader said: “We should be getting on with defeating this virus, not banging on about Europe. Get on with Brexit and defeat the virus. That should be the Government’s mantra.”

That suggests Sir Keir intends to court many of the voters won over by Mr Johnson’s “Global Britain” agenda in a sign of his determination to part from Jeremy Corbyn’s approach, and the Labour leader claimed the Prime Minister’s approach to the Withdrawal Agreement “risks holding Global Britain back”.

Work examining potential opt-outs from the Human Rights Act is being carried out in several Whitehall departments, including Number 10, the Ministry of Justice, the Home Office and the Ministry of Defence.

Dominic Cummings, the Prime Minister’s most senior adviser, has previously attacked the European Court of Human Rights in Strasbourg for judgments, based on the ECHR, blocking the deportation of “dangerous” foreign criminals. Mr Cummings has warned that voters would expect the jurisdiction of European judges to end in the UK as part of the Brexit process.

The ECHR, and its European Court of Human Rights, are part of a completely different legal system to the EU. They are both part of the Council of Europe, which has 47 member states including Russia and the UK.

The disclosure comes after The Telegraph revealed in February that Mr Johnson was refusing EU demands to guarantee that the UK would continue to be bound by the ECHR after the end of the transition period in December.

EU negotiators have been attempting to make future collaboration on law enforcement conditional on the UK retaining the existing Human Rights Act – a demand that British negotiators are understood to be continuing to resist in the talks.

The Conservatives’ 2019 election manifesto promised a review of the legislation, saying: “We will update the Human Rights Act and administrative law to ensure that there is a proper balance between the rights of individuals, our vital national security and effective government.”

The Government is expected to announce details of a formal review in the coming weeks. However, work is already under way to examine ways to curb the use of the legislation in asylum cases to avoid deportation as well as its use in legal claims against British soldiers.

One option is to amend the Human Rights Act or disapply its provisions from new laws, such as the Overseas Operations Bill, which is due to be brought back to the Commons next week. Other options include less radical changes designed to affect how judges interpret the law rather than changing the substance of the Act.

The Overseas Operations Bill creates a “presumption against prosecution” against service personnel after five years, which ministers have said “sets the legal bar for prosecution significantly”. It also amends the Human Rights Act to include a specific “duty to consider derogation” from the Convention in cases where soldiers are engaged in operations abroad.

However, several senior Tories are concerned that the clause fails to amount to a full opt-out because it simply relies on an emergency brake in the Convention that can only be triggered in a “public emergency threatening the life of the nation”.

Ministers are discussing ways to legislate for a firmer opt-out at a later date.

Senior Government figures want to roll back the influence of the European Court of Human Rights in Strasbourg, which several Cabinet ministers have accused of distorting the 67-year-old European Convention on Human Rights.

In March, Martin Howe, an influential Brexiteer QC, suggested that the Government could use its majority to declare that laws such as those providing safeguards to soldiers would apply “notwithstanding” the Human Rights Act.

Writing in The Telegraph, he set out the proposal as a possible temporary measure that could be used to curb the use of human rights laws in UK courts.

Senior Tories insist the ECHR was never intended to be used in the way it is now relied on in asylum cases, but that the Strasbourg court has effectively created new legislation that goes significantly further than the 1953 convention. The Human Rights Act enables British courts to apply the ECHR so cases do not need to be taken directly to Strasbourg.

The latest disclosures come after Mr Johnson accused the EU of threatening to impose a food “blockade” in the Irish Sea that would destroy the “economic and territorial integrity of the UK”.

Writing in The Telegraph, the Prime Minister made a passionate defence of his decision to alter the Withdrawal Agreement using the Internal Market Bill, on which MPs are due to vote this week (see Michael Gove discussing the Bill in the video below).

As party whips telephoned would-be rebels over the weekend, Tobias Ellwood, the Tory chairman of the defence select committee, said: “Unamended, I cannot support this Bill. Let’s secure Brexit – but remember what we stand for.

“But if they do not, and the talks collapse, then it is their failure and incompetence that will have let the British people down.”

In a joint intervention on Sunday, Sir John Major and Tony Blair will urge MPs to vote the Bill down if Mr Johnson fails to remove the provisions on Northern Ireland customs rules that Brandon Lewis, the Northern Ireland Secretary, admitted would “break international law in a very specific and limited way”.

They will say: “We both opposed Brexit. We both accept it is now happening. But this way of negotiating, with reason cast aside in pursuit of ideology and cavalier bombast posing as serious diplomacy, is irresponsible, wrong in principle and dangerous in practice.”

Sign up to the Front Page newsletter for free: Your essential guide to the day’s agenda from The Telegraph – direct to your inbox seven days a week.

Wed Oct 7 , 2020
Ghislaine Maxwell has hired a New York-based “super lawyer” who had earlier represented one of Osama Bin Laden’s henchmen ahead of her child sex trafficking charge due to take place next year.  The lawyer Bobbi Sternheim has been described on the website of her law firm, Fasulo Braverman & Di […] 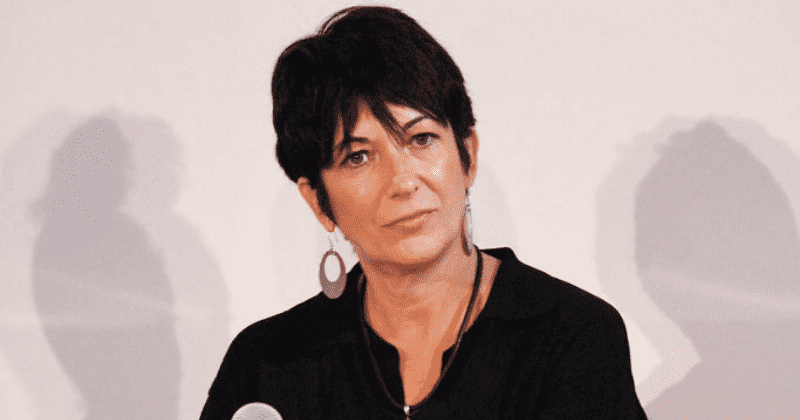