From the April 2016 issue of The Rotarian Rotary clubs are catnip to people running for public office: Rotarians are involved in their communities, civic-minded, and engaged in public improvement. Especially in an election year, clubs are likely to receive calls from candidates in search of a receptive audience. How […]

From the April 2016 issue of The Rotarian

Rotary clubs are catnip to people running for public office: Rotarians are involved in their communities, civic-minded, and engaged in public improvement. Especially in an election year, clubs are likely to receive calls from candidates in search of a receptive audience.

How a club responds to these requests is completely up to the club itself. For many, it depends on experience with politicians and the preferences of the club officers. Rotary International requires only that clubs not endorse candidates or take sides on public issues.

But the role of politics in Rotary has been debated since the organization’s earliest years. At the 1916 Rotary Convention, R.B. Campbell of Wichita, Kan., opined on how involved clubs should be in political (“civic”) affairs: “I believe that politics should be brought into the meetings,” he said. “We are a business organization, and it is to our interest to see that the government of our city and state is run properly.”

Samuel Botsford of Buffalo, N.Y., took the opposing view: “Rotary clubs have no business in politics.” Politics, he said, was about personality rather than facts, and therefore should not be brought into clubs.

Eventually, it was decided that clubs should educate their members on local political issues and that individual members should do with the information as they saw fit. One hundred years later, that continues to be Rotary’s position on the place of politics in clubs.

Given that freedom, some clubs have embraced a role in local politics. In 2014, Alan Burns, president of the Rotary Club of Cape Charles, Va., saw a chance to provide a service to the community and raise Rotary’s profile at the same time by hosting a candidates forum. Local organizations that had held such gatherings were no longer stepping up, so he asked the members of his club to put on the forum as a community service project. They agreed. “We wanted to be able to educate the community about the candidates,” says Wayne Bell, who organized and moderated the event.

The key to success, says Bell, was the establishment of a set of ground rules. The candidates were expected to answer screened questions from the audience, to respect time limits, and, most crucially, to be respectful of one another. Nearly 100 community members showed up to hear the candidates speak, he says. “It was very successful. We’ll do it again this election year.”

Taking a different approach, the Rotary Club of Bangor, Maine, decided to devote a series of club meetings in fall 2014 to question-and-answer sessions with candidates for major political offices in the state. “We asked every candidate in our area, regardless of their prospect of winning,” says Susan Chaar, speaker coordinator for the club. Club leaders prepared a single set of questions for all the candidates in each race on issues such as Medicaid expansion, national security, and open primaries. Members of the audience also submitted questions.

One of the region’s incumbent politicians who had previously visited the club regularly, Chaar says, decided against it in 2014 when she learned she would have to answer specific questions and not simply give a speech. “With everyone who came, it was a positive experience, very educational, because we tried very hard to be fair,” says Chaar. “It was well-received by our members, and we got to know the candidates’ views on specific issues.”

The Rotary Club of Lahaina Sunset, Maui, is an hour’s drive from the seat of county government and a plane ride away from Hawaii’s capital, Honolulu, on the island of Oahu. The club is open to visits from any elected official or candidate, anytime. “We want to know what’s going on,” says Jenelle Van Eynde, a charter member of the club. “If they want to come, we want them. Some of our largest audiences have been for elected officials.”

The club also got a lot of recognition for bringing the mayor and his opponent to a town hall-style meeting about a month before the election. “We felt we were lucky to get them both as speakers,” Van Eynde says. “We always try to get all sides. We think our club meetings are a healthy place for dialogue.”

Many clubs invite elected officials to become members and believe they benefit from having these officials easily accessible. Other clubs, such as the Rotary Club of Barrington Breakfast, Ill., bestow honorary memberships on local politicians.

Still, your mother warned you against talking politics in polite company for a reason. As Rotary attracts a more diverse membership, people on all points of the political spectrum are likely to be at your club. That can be a problem if politicians, making assumptions that Rotarians all share a certain political leaning, go on the attack against their opponents. An incident of that sort, involving a prominent elected official, occurred at my own club several years ago, embarrassing the members who supported that politician and outraging the rest.

My club responded by barring political speakers, incumbent or not, during the year before their elections, a solution that has removed politics from the club but perhaps also robbed it of a certain sense of civic involvement.

The Rotary Club of Greater Rochester, Minn., devised a subtler approach. Its policy, posted on the club’s website, allows officeholders to give presentations at meetings on preapproved informational topics related to their office. One candidate or incumbent per meeting is also allowed to give a five-minute stump speech. The policy also states that no political activity is permitted in the 90 days leading up to an election.

“We have a lot of requests during election season from political speakers, and we wanted to be ‘fair to all concerned,’” notes member Bill Brueck. “This policy gives us more control over the number of requests and the content. We want to avoid devoting a whole program to something that is political and not informational.”

Instead of listening to politicians, your club could just make money off them – and have fun doing it. The Rotary Club of Salem, Ind., finds that they are an irresistible attraction at its dunk tank at the county fair. “People stand in line to dunk the mayor, sheriff, councilmen, and other candidates and elected officials,” says John Mead, who helps organize the annual event at the Washington County Fair. The club makes about $2,000 every time – and now it’s rebuilding the dunk tank and putting it on wheels. Is any politician safe this year?

Nancy Shepherdson is a freelance writer and a member of the Rotary Club of Lake Zurich, Ill.

Thu Apr 23 , 2020
The president of Harvard’s Institute of Medicine, Dr. Harvey V. Fineberg, said it’s not a choice between dealing with the disease or dealing with the economy. “We have to do both,” Fineberg told a symposium sponsored by Harvard’s T.H. Chan School of Public Health and the New England Journal of […] 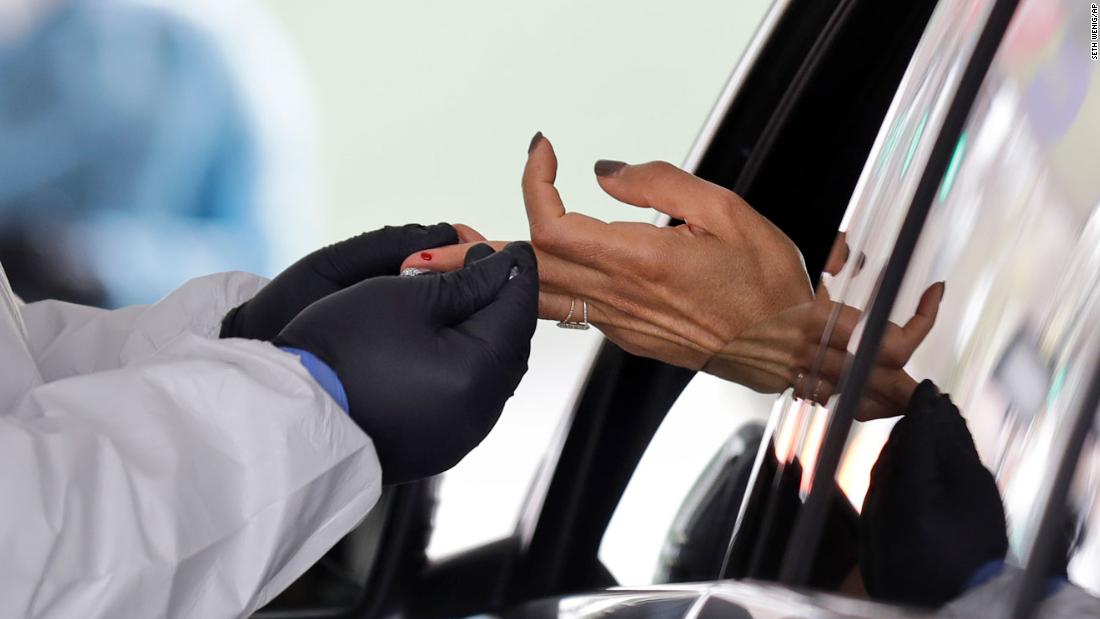