WASHINGTON Election Day turnout in Florida was down significantly from 2016, as a lack of a competitive GOP primary, surging vote-by-mail totals and the coronavirus all kept voters away from the polls on Tuesday. But the total number of votes in the Democratic primary between former Vice President Joe Biden […]

Election Day turnout in Florida was down significantly from 2016, as a lack of a competitive GOP primary, surging vote-by-mail totals and the coronavirus all kept voters away from the polls on Tuesday.

But the total number of votes in the Democratic primary between former Vice President Joe Biden and Vermont Sen. Bernie Sanders beat 2016 numbers as Florida Democrats voted by mail in record numbers.

The total number of votes cast at the polls on Tuesday by both Democrats and Republicans was projected to be just over 910,000, according to Let’s Preserve the American Dream, an advocacy group run by GOP pollster Ryan Tyson that analyzes data and conducts polling in multiple states. That’s down significantly from 2016, when just over 2 million Democrats and Republicans voted on Election Day.

Fernand Amandi, a Democratic strategist and pollster, said the vote returns by Florida Democrats were impressive considering fears of the novel coronavirus and the fact that Sanders’ campaign didn’t have the same momentum it did in 2016, when Florida voted one week after Sanders upset Hillary Clinton in the Michigan primary.

Sanders lost Michigan to Biden by 16.5 percentage points last week and trailed him in delegates 898 to 745 heading into Tuesday’s contests.

“I think these numbers prove that Florida Democrats are engaged and voting,” Amandi said.

In early voting, 438,948 registered Democrats cast a ballot in Florida, according to the Florida Department of State, up from 367,382 in 2016. According to vote-by-mail totals released by the state on Tuesday morning, 658,234 Democrats returned a ballot, up from 528,210 in 2016. The 2020 vote-by-mail number will increase as voters hand in their ballots on Election Day.

Republican turnout was unsurprisingly down from 2016, as President Donald Trump faced nominal opposition in his bid for reelection. The tally at 10 p.m. Tuesday indicated 1.2 million Republicans had voted, down from 2.3 million in 2016 when Trump faced Florida Sen. Marco Rubio and Texas Sen. Ted Cruz.

Though GOP vote-by-mail ballot returns initially were high, significantly outpacing Democrats in the first weeks, the total ended up being down slightly compared to 2016, and early voting had plummeted to barely 40% of what it was four years ago.

Tyson said Democrats’ turnout was “respectable for all that’s going on, assuming they keep this trajectory.”

As for Republicans, Tyson said he wouldn’t make much of their depressed turnout, given the lack of a competitive contest.

“I’m not sure what’s newsworthy here other than the fact that turnout is low,” he said.

Democrats boosted vote-by-mail turnout by more than 100,000 ballots due in part to a massive mail ballot enrollment campaign pegged to the presidential primary. And early voting was up as well, even as Election Day voters dropped off.

Florida Democratic Party executive director Juan Peñalosa said in a memo that the vote-by-mail and early vote increases show that “Floridians are energized and committed to defeating Donald Trump in 2020.”

Peñalosa also called for an expansion of vote-by-mail programs in light of COVID-19, the disease caused by the novel coronavirus, a position shared by the national Democratic Party chairman Tom Perez. Perez said all remaining Democratic primaries should use vote-by-mail to keep voters away from the polls.

“In order to ensure the voices of voters are heard, the DNC is urging the remaining primary states to use a variety of other critical mechanisms that will make voting easier and safer for voters and election officials alike,” Perez said in a statement. “The simplest tool is vote by mail, which is already in use in a number of states and should be made available to all registered voters.”

The Biden campaign said ahead of Tuesday’s results that it expected a lower turnout on Election Day, but that Florida’s and Arizona’s turnout numbers will be “roughly on pace” from 2016 totals.

“While voter turnout on Election Day itself may be lower due to COVID-19 concerns, we believe that, with early vote and vote by mail, overall turnout will be roughly on pace for 2016 in Arizona and Florida and roughly on pace for 2018 in Illinois, and that voter turnout in all three states will reflect the population at large,” Biden deputy campaign manager Kate Bedingfield said in a memo released on Tuesday.

What is GOVERNMENT? definition of GOVERNMENT (Black's Law Dictionary)

Mon Mar 23 , 2020
1. The regulation, restraint, supervision, or control which is exercised upon the individual members of an organized jural society by those invested with the supreme political authority, for the good and welfare of the body politic; or the act of exercising supreme political power or control.2. The system of polity […] 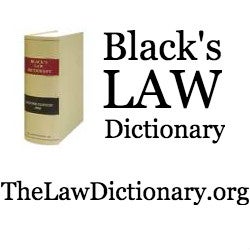