EU trade commissioner Phil Hogan has apologised “fully and unreservedly” for attending a dinner in the west of Ireland with more than 80 people.

Mr Hogan said he acknowledged his presence at the golf event had “touched a nerve” with Irish people.

The Irish government has agreed to recall the Dáil (Irish parliament) early amid the controversy surrounding the attendance of political figures at the Galway gathering.

It was due to return on 15 September.

As EU trade commissioner, Mr Hogan, a former Irish government minister, would lead free trade negotiations with the UK if and when they commence after Brexit.

Taoiseach (Irish PM) Micheál Martin will make the request for the Dáil to be recalled to the Ceann Comhairle (Speaker) on Monday.

The coalition government has agreed the Dáil should be recalled following the reopening of schools.

Opposition politicians had called for the recall in the wake of the dinner controversy that has already claimed the resignation of Agriculture Minister Dara Calleary, who had also attended the event.

The event came a day after tighter lockdown restrictions were announced.

In a statement on Sunday, Mr Hogan said he particularly wanted to “apologise to the wonderful healthcare workers, who continue to put their lives on the line to combat Covid-19 and all people who have lost loved ones during this pandemic”.

“I acknowledge my actions have touched a nerve for the people of Ireland, something for which I am profoundly sorry,” he said.

“I realise fully the unnecessary stress, risk and offense caused to the people of Ireland by my attendance at such an event, at such a difficult time for all, and I am extremely sorry for this,” he added.

He said he had spoken to the taoiseach and Tánaiste (deputy PM) Leo Varadkar yesterday and had been reporting to the President of the European Commission.

Mr Hogan has reportedly come under pressure to consider his position.

The Sunday Independent has reported that Mr Martin and Mr Varadkar want the EU trade commissioner to consider his position.

Mr Varadkar told RTÉ News on Sunday that he welcomed Mr Hogan’s apology but that further explanation was required.

The return date for the Dáil has not yet been confirmed, but is expected to be early next month.

The decision to recall the Dáil was taken by Mr Martin, Mr Varadkar, and Minister Eamon Ryan, the leader of the Green Party.

Speaking on RTÉ News on Friday, Sinn Féin leader Mary Lou McDonald called for the return of the Dáil, and said the event had been “the last straw for many people”.

Calls for its return were also made by Labour leader Alan Kelly, and co-leader of the Social Democrats, Catherine Murphy.

As well as Agriculture Minister Dara Calleary, Jerry Buttimer, who was the leas-chathaoirleach (deputy chairman of the Irish senate), also stepped down from his roles after attending the event.

The president of the Oireachtas Golf Society has apologised “unreservedly” for the hurt caused by the dinner.

Sun Aug 23 , 2020
TRIPOLI (Reuters) – Libya’s internationally recognised government in Tripoli announced a ceasefire on Friday and the leader of a rival parliament in eastern Libya also appealed for a halt to hostilities. The statements offered hope for a deescalation of a regionalised conflict that has wracked the country since a 2011 […] 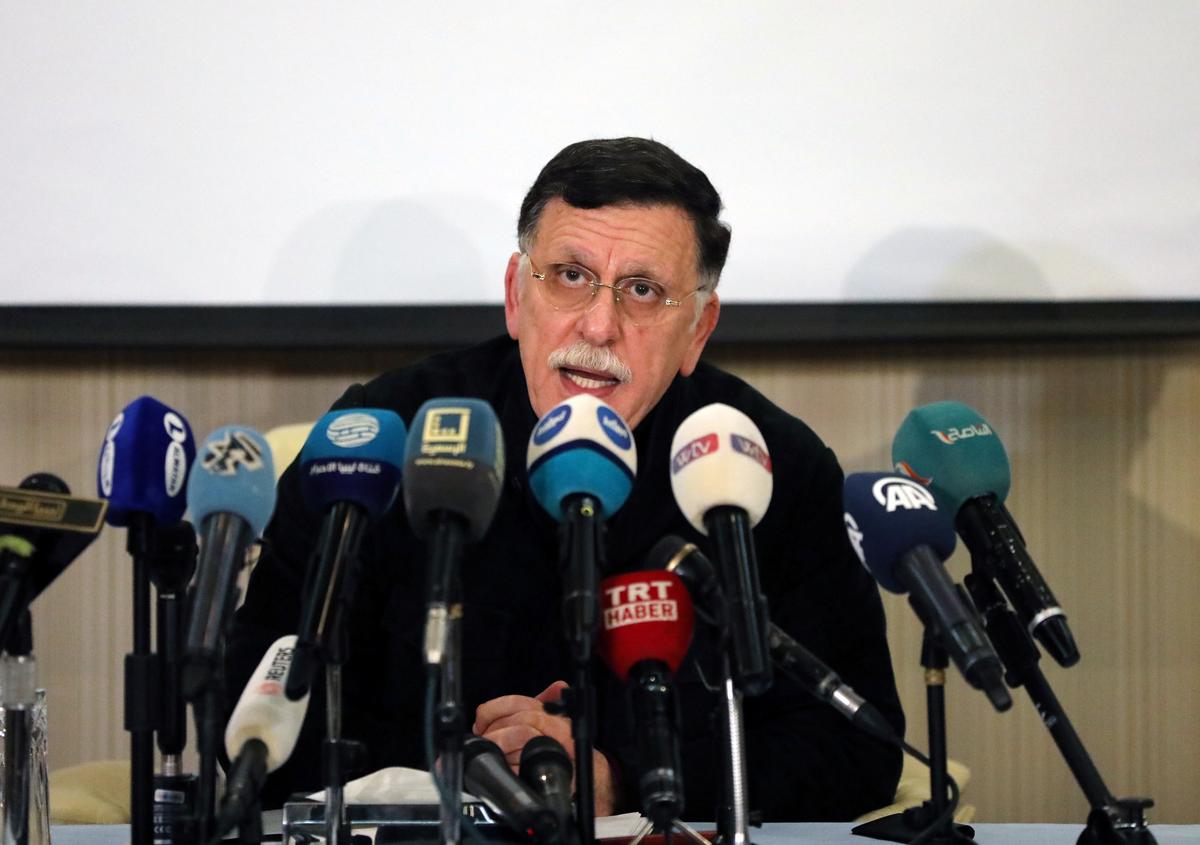