Facebook said Thursday it will ban new political advertising the week before the US election, one of its most sweeping moves yet against disinformation as CEO Mark Zuckerberg warned of a “risk of civil unrest” after the vote. The social media giant vowed to fact check premature claims of victory, […]

Facebook said Thursday it will ban new political advertising the week before the US election, one of its most sweeping moves yet against disinformation as CEO Mark Zuckerberg warned of a “risk of civil unrest” after the vote.

The social media giant vowed to fact check premature claims of victory, stating that if a candidate tries to declare himself the winner before final votes are tallied “we’ll add a label to their posts directing people to the official results.”

And it promised to “add an informational label” to content seeking to delegitimize the results or claim that “lawful voting methods” will lead to fraud.

“Anyone who is saying the election is going to be fraudulent, I think that’s problematic,” Zuckerberg said in a CBS interview on Thursday.

Facebook also started limiting its Messenger service to allow users to forward missives to no more than five people or groups at a time “to help curb the efforts of those looking to cause chaos, sow uncertainty or inadvertently undermine accurate information.”

The moves follow sharp criticism of Facebook’s handling of the 2016 presidential election, when it failed to restrict disinformation from Russian operatives that spread conspiracy theories and discouraged voting in some cases.

The US is gearing up for what is expected to be a bruising campaign season against the backdrop of the coronavirus pandemic and mass protests for racial justice that have led to violent conflict in some cities between civil rights groups and armed right-wing vigilantes.

“Facebook’s announcements about policing voting misinformation, including politicians, and defending a fair election are significant improvements and come after much pressure from civil rights community,” said Vanita Gupta, chief executive of the Leadership Conference on Civil and Human Rights.

“But everything — any impact — rests on enforcement. We’ll remain vigilant.”

“Facebook further caves to the Left and will suppress ‘new’ ads in the week before the election,” Fitton said on Twitter. “This is a breathtaking effort to control what FB users see at a crucial time and raises First Amendment concerns.”

Zuckerberg has long favored a hands-off approach to candidate statements, but he said a new policy was needed for last-minute ads because “In the final days of an election there may not be enough time to contest new claims.”

“It is possible that this action could throw a wrench into plans for last-minute misinformation blitzes via campaign ads,” said University of Colorado Boulder information science department assistant professor Casey Fiesler.

“Though it seems as if strong fact-checking on any political ads before they run would also accomplish that.”

Democrats have warned that President Donald Trump and his supporters may try to sow chaos with false claims as votes are tallied.

Voters are expected to shift to mail-in voting in unprecedented numbers to reduce risk of exposure to the coronavirus.

As a result the final tally may not be revealed until well after voting day — raising the risk of paranoia and rumor-mongering.

Trump — a prolific user of social media who is trailing Democratic challenger Joe Biden in the polls — recently hurtled down a rabbit hole of conspiracy theories filled with wild claims he is victim of a coup and plans to rig the polls.

On Wednesday, Trump encouraged voters in North Carolina to vote twice, which is illegal. It also is a crime to solicit someone to vote twice, according to the state’s Board of Elections.

Twitter subsequently placed notices on a Trump tweets “to prevent people from sharing advice about voting twice, which may be illegal.”

“This video violates our policies prohibiting voter fraud and we will remove it unless it is shared to correct the record,” Facebook said in reply to an AFP inquiry.

Opponents say Trump’s increasingly extreme resistance to expanded mail-in voting is an attempt to suppress turnout while setting up an excuse to challenge the result if he loses.

Tue Sep 8 , 2020
SAN DIEGO — The weekend will be miserably hot in many parts of the county, and the San Diego Humane Society is urging residents to keep a close eye on their furry friends. Lifeguards anticipate busy holiday weekend in San Diego amid heat wave The group released a list of […] 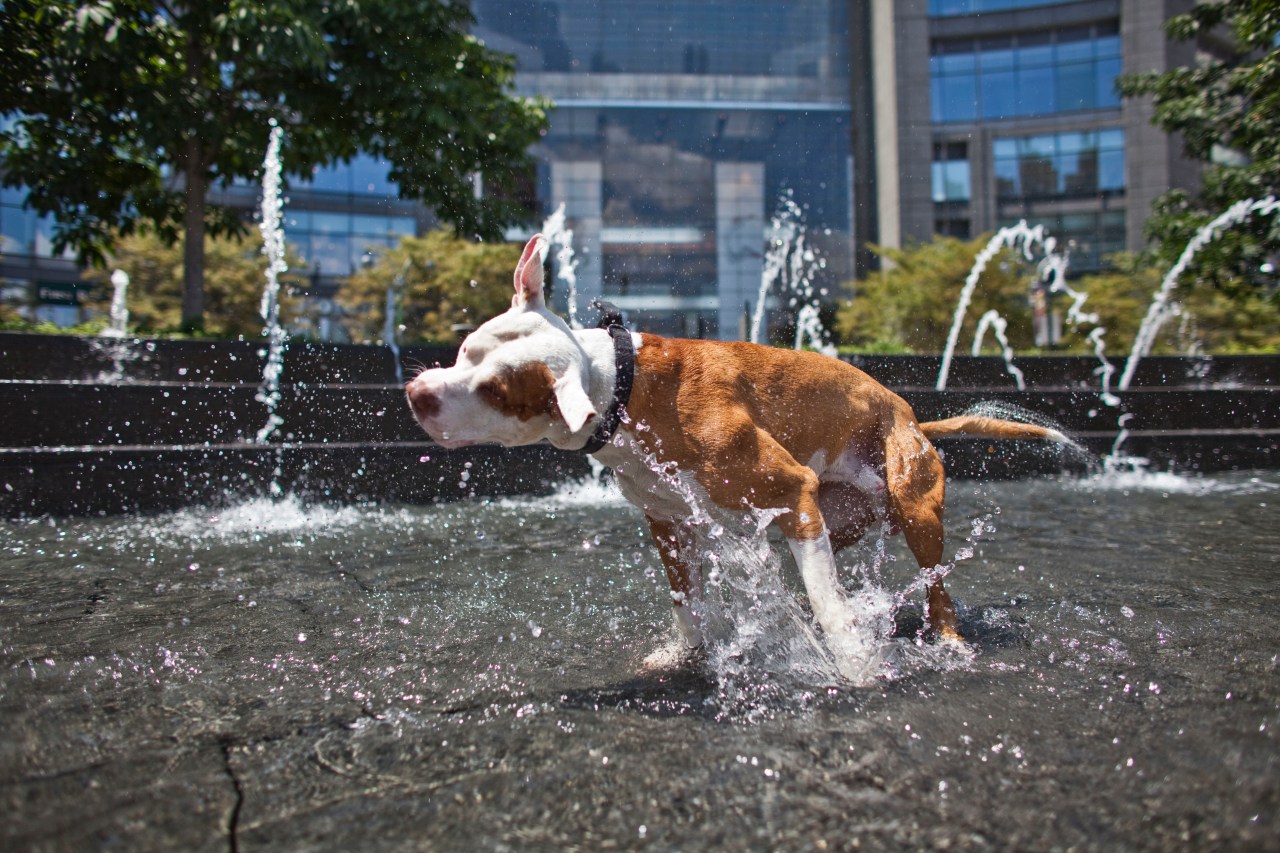