A high-profile lawyer, constitutional scholar and head of the Port-au-Prince bar was gunned down Friday night in Haiti. Just hours before, he called for “another kind of country, another state” during a radio interview in which he addressed several controversial topics including constitutional reform, elections and the breakdown of Haitian […]

A high-profile lawyer, constitutional scholar and head of the Port-au-Prince bar was gunned down Friday night in Haiti.

Just hours before, he called for “another kind of country, another state” during a radio interview in which he addressed several controversial topics including constitutional reform, elections and the breakdown of Haitian institutions.

The fourth murder in less than 48 hours, the assassination of Monferrier Dorval has left Haitians shaken. Haiti has been plagued by rising insecurity and criminality, and has seen at least 159 people killed by gang violence since January, according to statistics compiled by the United Nations Integrated Office.

“How can assassins decide to end the life of such a personality, useful for the country?” Renan Hédouville, director of the national Office for the Protection of Citizens said in a statement. “What a huge loss for the country, the university world and the bar of Port-au-Prince.”

Dorval, Hédouville said, “was a man of conviction and a brilliant lawyer” and his murder “was revolting.” The government’s ombudsman, Hédouville demanded a swift investigation by police to identify Dorval’s killers.

Police say Dorval, 64, was killed at about 10 p.m. as he returned home. His body was found splattered in blood, just a few feet from his front gate in Pelerin 5, the same neighborhood where President Jovenel Moïse lives.

Haiti National Police Deputy Spokesman Garry Desrosier said Dorval was killed at close range, and after he had already opened the gate to his residence and parked his car. Desrosier said that police saw that “his car was ransacked,” and an investigation is ongoing. Images circulating on social media showed his bloody body on the ground, riddled with bullets with his watch still on his arm.

“It would appear that it’s an assassination,” Desrosier said.

The news has angered Haitians, who on radio Saturday remembered the respected lawyer and decried the growing criminality and insecurity in Haiti, where armed gangs are testing the rule of law in the face of a weak national police, a crippling economy and dysfunctional governance. Dozens have been kidnapped and killed over the past year, with warring gangs accused of orchestrating massacres in poor neighborhoods

“This crime, like so many others, will not go unpunished,” said Moïse, who described the lawyer as “a man of great culture.”

Prime Minister Joseph Jouthe also issued a statement saying the killing and several others in the past few days are “revolting.”

At least three others were also killed between Thursday and Friday. Among them: Radio Caraibes radio host Frantz Adrien Bony and Haitian businessman Michel Saieh.

The owner of a supermarket, Saieh, 84, was killed in the middle of the day when the vehicle that he and his wife, Gladys, were riding in was riddled with bullets as it traveled along Avenue John Brown in the Lalue neighborhood of the capital. Saieh’s wife and driver were both injured in the attack and transported to a local hospital.

Bony, meanwhile, was found with a bullet in the head on Thursday night along Panamerican Avenue in Pétion-Ville.

In February, Dorval was elected head of the Port-au-Prince Bar, promising to put in place programs to “safeguard, improve and innovate” the practices of the bar. He also spoke out against the insecurity facing lawyers, saying, “The physical security of lawyers is my top priority.”

As president of the bar association and a university professor, Dorval was a go-to person on Haiti’s vexing constitution. During a Thursday interview on Port-au-Prince-based Magik9, he said whether it was done during a transitional government or with a president, the moment was ideal for Haiti to embark on a new constitution.

While Moïse has publicly advocated for a new Haitian constitution, possibly through a referendum, Dorval didn’t necessarily shared the president’s views. He ended the half-hour interview without answering the reporter’s question on whether anyone from the government had contacted him as part of their push for a new Constitution.

“We need something else; we need another kind of country,” Dorval said, calling for such changes as the elimination of an office of the prime minister and saying Haiti could not currently organize elections. “Whether the president goes, or the president stays, I am for a change of the constitution.”

Outspoken, Dorval exerted his independence during the interview, saying at one point, no one including the president could tell him what to say. For 27 years, he said, he had been a university professor with a focus on constitutional law.

Haiti, he said, during an emotional tirade, “was not being governed…Port-au-Prince has become a bidonville.”

In addition to his views on elections and a new constitution, Dorval was among several bar presidents who signed a recent statement denouncing more than two dozen president decrees signed by Moïse and calling for them to be recalled. While Moïse has been ruling by decree since January, lawyers and most recently the U.S. Embassy in Port-au-Prince have raised concerns about the presidential decrees.

In addition to his controversial views, Dorval was among several lawyers handling the politically-charged case of Société Générale d´Energie, or Sogener, the private power provider whose assets were confiscated by the government in October after Moïse accused the company of bilking the state and putting in used equipment in its electricity plant. The company has denied the charges, as well as the electricity firm that installed the $21 million equipment.

Dorval’s murder happened on the same day that one Sogener vice president and government opponent, Dimitri Vorbe, was released from a Miami immigration detention facility after being taken into custody six days earlier on allegations he had overstayed his six months authorization in the United States.

Nestor Yglesias, a spokesman for U.S. Immigration and Customs Enforcement, told the Miami Herald that Vorbe, who entered the country in January and had filed for a visa extension amid the coronavirus shutdown, was arrested at his Florida residence during “a targeted enforcement operations” on August 21. During his immigration hearing, Vorbe’s attorney presented paperwork showing that an extension had been filed while questioning ICE’s arrest.

Jacqueline Charles has reported on Haiti and the English-speaking Caribbean for the Miami Herald for over a decade. A Pulitzer Prize finalist for her coverage of the 2010 Haiti earthquake, she was awarded a 2018 Maria Moors Cabot Prize — the most prestigious award for coverage of the Americas. 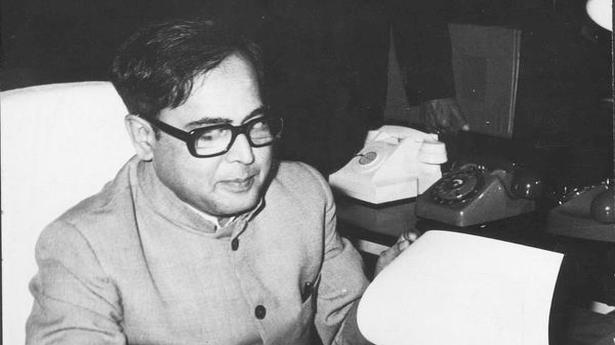