Right from its opening scene, the international spy series Tehran tries to encapsulate the strained relations between Israel and Iran. It doesn’t delve much into the history of this conflict, but manages to set the stage for an engrossing espionage drama. The Israeli drama, acquired by Apple TV+ to stream […]

Right from its opening scene, the international spy series Tehran tries to encapsulate the strained relations between Israel and Iran. It doesn’t delve much into the history of this conflict, but manages to set the stage for an engrossing espionage drama. The Israeli drama, acquired by Apple TV+ to stream in the U.S., is fueled by an intriguing mission and is packed with tropes that make for an unstoppable binge—an agent gone rogue, dueling sides, political activism, betrayals, death. But this initially riveting narrative structure is hampered by a meandering focus on the emotional turmoil of the characters.


Tehran is told mostly through the perspective of Tamar Rabinyan (Niv Sultan), a young hacker and agent for Mossad, the (among other things) Israeli counterintelligence agency. She covertly enters Tehran, her birthplace, and sets off to complete a mission that involves disabling Iran’s nuclear reactors and enabling an air attack. Naturally, it’s not as easy as it sounds. A series of events forces her to go on the run, which leads her to dig up old family roots and a possible romance. Both of these elements are integral to fleshing out Tamar, and the familial aspect grounds her. However, the emphasis on her relationship with a hacker and pro-democracy activist Milad (Shervin Alenabi) leads to a convoluted subplot that impedes her arc and the show overall.

The most iconic female spies from television—from Alias’ Sydney Bristow and Nikita’s Nikita Mears to Homeland’s Carrie Mathison and The Americans’ Elizabeth Jennings—are fully formed as characters with memorable traits to balance the badassery. In Tamar’s case, as an Israeli spy who gets to reconnect with her Iranian heritage and mingle with young people fighting for their rights in a burgeoning city, her character is already unlike any other we’ve seen on-screen. Yet the series only scratches at the surface of Tamar’s background, motivations, feelings, or even a training history with Mossad.

Where Tehran excels is keeping the thrill going even if the pace is wayward at times. As Tamar struggles with her operation, Iranian Revolutionary Guard security head Faraz Kamali (Little America’s Shaun Toub, giving yet another stellar performance) makes it his own personal mission to track her down. Their cat-and-mouse chase expands the boundaries of Tehran and connects each of their respective agencies and loved ones to the larger story. Faraz turns out to be the perfect parallel to Tamar: He is excellent at and devoted to his job, and so, like the enemy he is trying hard to foil, he becomes embroiled so deeply in the mission that it causes him to go to extremes to get his work done. The drawback here is similar, too, because Faraz is also saddled with a sentimental arc that limits the effectiveness and rationality of his character.

By its penultimate episode, Tehran does claw its way out of some of its tangled plotlines to focus on amping up the high-octane factor, delivering some of its best twists and an anticlimactic cliffhanger that could pave the way for a second season. Sultan works hard to sell the material she’s given, but despite an empathetic performance, the limited descriptors for Tamar ultimately make it challenging to invest in her story. It’s Toub’s subdued acting that steals the show. Whether it’s emotionally heightened scenes, displays of frustration and anger, or the screen time he shares with Navid Negahban’s Masoud Tabrizi, he elevates the series.

While it would’ve benefited from sharper storytelling and editing, Tehran still manages to pull off the daunting task of telling personal stories while looking at the long history of political tensions between two nations. It gives insight, as clichéd as it may be, into the growing power of youth protesting for freedom. Tehran also has a realistic but warm approach in the way it displays the aesthetics of its titular city, going against most stereotypes associated with the Middle East. But perhaps its biggest contribution is opening a window into relatively unknown territory for most American audiences. The dialogue is primarily in Hebrew and Persian languages, but to paraphrase one of Bong Joon-ho’s speeches during his Oscar win, overcoming the one-inch tall barrier of subtitles leads one to a lot more valuable art. Tehran is a solid example of that.

Fri Sep 25 , 2020
SAN FRANCISCO (Reuters) – Tyler Technologies TYL.N, whose products are used by U.S. states and counties to share election data, said on Wednesday that an unknown party had hacked its internal systems. Instructions are posted inside a voting booth at an early voting site in Arlington, Virginia, U.S., September 18, […] 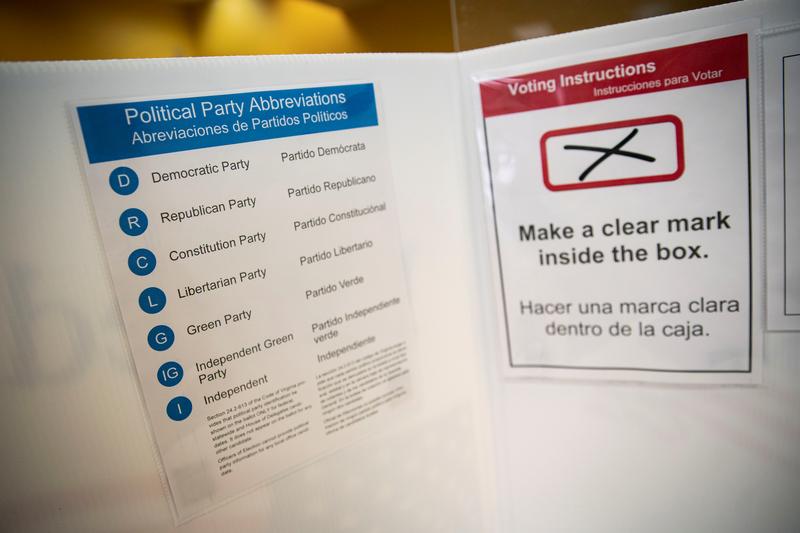