© Provided by Vancouver Sun The Law Society of B.C. had this statue of Sir Matthew Baillie Begbie removed from the lobby of their Vancouver offices. While the rest of the world pulls down statues of colonial white men, two B.C. legal icons want to restore lustre to the province’s […]


© Provided by Vancouver Sun
The Law Society of B.C. had this statue of Sir Matthew Baillie Begbie removed from the lobby of their Vancouver offices.

While the rest of the world pulls down statues of colonial white men, two B.C. legal icons want to restore lustre to the province’s first chief justice and denounce the Law Society of B.C. for tarnishing his image.

Three years ago, the law society removed his statue from the foyer of its Vancouver building and eliminated other hallmarks such as the little bronze “Begbies” that honour a “lifetime contribution of the truly exceptional in the legal profession” and changing “Begbie” as the code word used to trigger safety procedures.

Berger and Foster have filed a resolution to be debated at the society’s annual general meeting Oct. 6, demanding a review of its treatment of Begbie.

The benchers did not consult the membership before making the 2017 decision , though they noted many lawyers would disagree with it.

New Westminster last year removed a statue of Begbie from outside its courthouse but three mountains, two lakes, a creek, an elementary school, streets and other sites across B.C. still bear his name.

“My criticism is of the benchers,” Berger said, is they dismissed Begbie’s contribution as a judge in “a few ill-considered sentences.”

“The bencher’s decision was made without regard to the simple facts of the case. The removal of Begbie’s statue was a dramatic gesture by the benchers that was understood to be a considered rejection of Begbie and all that he stood for. This is regrettable.”

Foster added: “As is the case with all of us, he made mistakes. But he was not the man portrayed in the (society’s) report.”

In making their decision, the benchers relied upon a memorandum, titled “Begbie Symbolism,” prepared by staff, from their Truth & Reconciliation Advisory committee that contained inaccuracies, the two authorities said.

“To be clear: a colonial judge is not the right symbol for B.C.’s legal profession in the 21st century,” Foster emphasized.

“Begbie represents only one of the two legal traditions in B.C. In an era of truth and reconciliation, when Indigenous law is being increasingly engaged with, respected, and built upon by Indigenous peoples and, I hope, non-Indigenous British Columbians, a more inclusive symbol is needed.”

Still, a mistaken view of Begbie was spread, Berger said:

“We are not asking that the statue be restored. But the decision to remove it was flawed and ought to be examined … this gesture was disrespectful to the memory of Begbie … (and) equally disrespectful to Indigenous people.”

The decision was driven by Grand Chief Ed John, the committee’s co-chair at the time. John wanted to see the “Hanging Judge” stripped of standing.

The benchers unanimously endorsed the recommendation without consulting the membership.

Fans of the six-foot-four judge, who at 39 arrived in 1858 from Britain when B.C. was a chaotic frontier, have been fighting back ever since.

“The report states that for many Indigenous people, Begbie ‘epitomizes the cruelty of colonization,’ but gives no indication (other than by implication) of who these many people are that have such an extraordinarily harsh view of him,” Foster said.

“The report accuses Begbie of being a social Darwinist, again with no evidence. … When we misrepresent facts, or even just suppress context, and justify it as being in a good cause, I think we begin to lose sight of both truth and reconciliation.”

A Cambridge-educated Chancery barrister and member of Lincoln’s Inn, Begbie was named chief justice of the colony in 1869 and two years later became the first provincial chief justice when it joined Confederation.

He was a surprisingly enlightened 19th-century Englishman.

In 1864, though, Begbie presided over the trial of six Indigenous leaders who were sentenced to hang for killing 20 people in the Chilcotin.

In 1993, the NDP attorney general apologized for the executions and in 2014 Liberal premier Christy Clark exonerated the chiefs, who claimed they were driven by the fear of disease from an encroaching settlement.

Or, as the law society memo refers to it, “the threat of germ warfare via the intentional infection of smallpox.”

Along with me, the profession’s blue-chip journal, The Advocate, rallied to Begbie’s defence.

The august publication said the move was “perhaps even a step in the ‘wrong’ direction — than a purposeful and reasoned step toward reconciliation.”

“By removing the Begbie statue from the Law Society lobby, our governing body is now telling us that Begbie’s legacy has but a single dimension which is antithetical to ‘truth and reconciliation,’” asserted the magazine.

“With great respect to the intentions of the parties, we think the recommendation to remove the Begbie statue and the acceptance of that recommendation are both misguided.”

The law society committee insisted Begbie’s banishment was necessary: “We are not trying to erase or rewrite the history but to enrich our understanding of history by adding the Indigenous perspective.”

But Berger said that in attempting to express solidarity “the benchers did not trouble to get the facts right.

“They made no adequate examination of Begbie’s career, of his unique contribution to the life and the law of the province. Indigenous people are entitled to a serious decision, based on the facts. … I want a fair trial for Matthew Baillie Begbie.”

A spokesman for the society said member resolutions may be withdrawn any time before Sept. 18 and then, the benchers may provide “a written commentary in relation to the final version” of the resolution.

Wed Sep 9 , 2020
Image copyright Lewis Clarke/Geograph Image caption If you have travelled on a motorway in the UK, there’s a good chance you stopped at a Roadchef services A widow is calling on the UK government to act to allow thousands of victims of a share scandal to finally receive tax-free compensation. […] 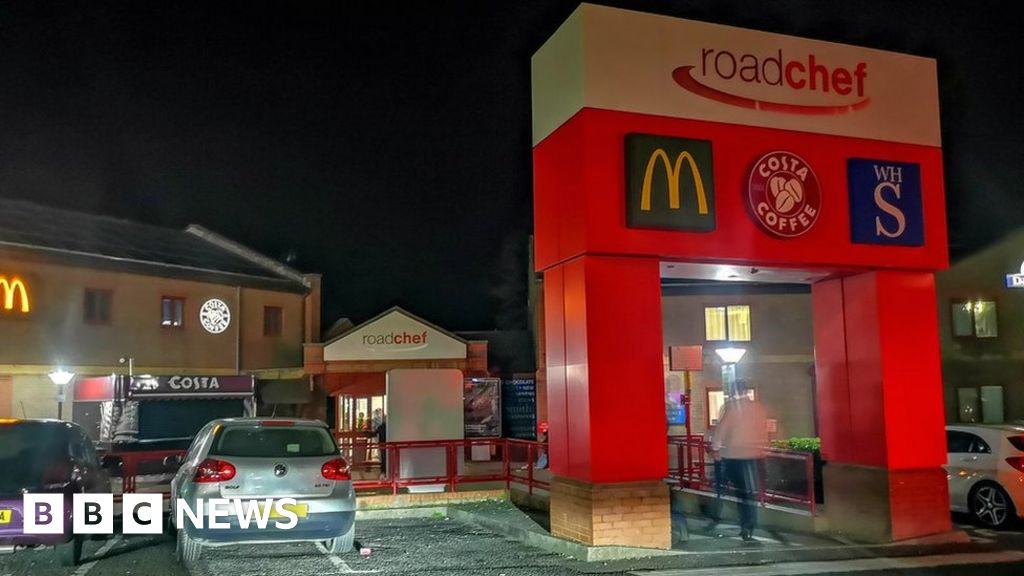