The prefilled forms — also mailed in Linn and Woodbury counties — did not follow the emergency directive sent to county auditors by Iowa Secretary of State Paul Pate, who is the state commissioner of elections, lawyer Alan Ostergren argued Wednesday in Johnson County District Court. .

Ostergren said Pate consulted with the 20-member Legislative Council, which approved his emergency directive to county auditors, saying they only could mail out blank absentee ballot request forms to maintain uniformity,

Pate, he said, did that after determining not every county had the financial and technical capacity to send out the prefilled forms.

The final approval of the directive by the council was unanimous, Ostergren said.

Auditors have to follow the rules, and the secretary of state is their supervisor and can issue orders, he said. Weipert didn’t obey the order, he said.

Thornhill ruled that Miller must follow the newly amended law and Pate’s directive on the absentee ballot request forms. Another judge reached the same conclusion in Woodbury County.

Thornhill took the arguments in the Johnson County lawsuit under advisement and said he would rule “as soon as possible.”

The three county auditors have argued filling in some of the information was intended to make it easier for voters to request absentee ballots and to vote.

Ostergren said there still is time to fix this problem because he knows nobody wants absentee ballots being challenged at the last minute — which they can be up until the Friday before Nov. 4 — that would “throw the election process into chaos.”

Assistant Johnson County Attorney Susie Nehring, in arguing against the injunction, said the emergency directive wasn’t enforceable because it was issued under an unconstitutional provision of state law.

The provision, she argued, violates the Iowa Constitution in two respects.

It violates the separation of powers by unlawfully giving the Legislative Council rule-making powers to carry out election laws. Rule-making power is reserved for the executive branch, she said.

And the amended law, she argued, contradicts the state constitution, which says the General Assembly may invalidate an adopted administrative rule of a state agency by the passage of a resolution by both House and Senate.

The amended law instead gave that authority reserved for the secretary of state to the Legislative Council.

The change in the law was brought forward immediately following Pate’s decision to mail all Iowa voters absentee ballot request forms before the primary elections, which resulted in historic turnout in Iowa, Nehring said in her written argument.

Nehring also argued the emergency directive didn’t preempt Weipert’s ability to send out the prefilled forms under Johnson County’s home rule authority, which is granted under the Iowa Constitution.

Nehring said, because the secretary of state can’t prevent a local government entity’s ability to govern itself. Iowa law recognizes that local governmental entities have the authority to engage in its own election activities.

Wed Sep 16 , 2020
Related Topics Coronavirus pandemic image copyrightPA Media image captionThe government said it was increasing the number of mobile testing centres Health chiefs in an area battling a Covid-19 spike say they are unable to carry out up to 30,000 tests per day while they wait for government action. Gateshead was […] 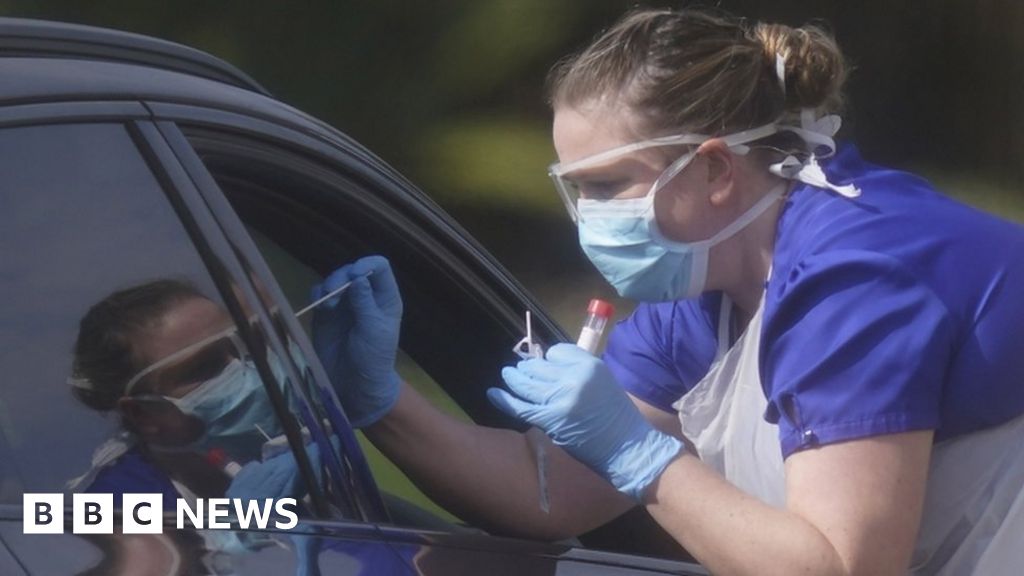