The government shutdown is now in its 35th day, far surpassing the record for the longest of the modern era. This is the 21st time the federal government has had a funding lapse since the modern budgeting process began. Most of those times, the shutdown has been short and not […]

President Donald Trump and Democratic leaders have yet to come to an agreement to reopen the government, pushing the government shutdown into a historic 35th day.

No previous shutdown had lasted past a 21st day, with the 1995-1996 shutdown as the previous standard-bearer. But the current, drawn-out shutdown fight has eclipsed the record and shows no signs of ending.

The trouble started just before Christmas when Trump’s sudden reversal on a bipartisan funding extension forced a sizeable portion — but not all — of the government into a partial shutdown. The Senate shot down two bills on Thursday that would have reopened the government — one with wall funding and one without.

Read more: Here’s what the government shutdown means for federal agencies and employees»

This is 21st time since the modern budget process began with the Budget Act of 1974 that the federal government has entered a shutdown or had a funding lapse.

On average, the 20 previous shutdowns lasted eight days, though they have been longer in recent decades. The six shutdowns since 1990 have lasted nine days on average. And removing the short, nine-hour funding lapse caused by Sen. Rand Paul in February, recent shutdowns have averaged 11 days.

By making it past the 25th day on January 15, Trump also surpassed Ronald Reagan and Bill Clinton for second-most days with a funding lapse during one presidency. Trump has 35 for the current shutdown, three for the January 2018 shutdown, and — despite the short nature — one for a February 2018 lapse, bringing the total to 39 days during which the government did not have funding. Reagan and Clinton were tied for second with 28.

As of this week the government has had no funding for more than 5% of the days of Trump’s presidency.

Read more: Trump’s strategy for the government shutdown is a mess and most Americans aren’t on board»

Another newer wrinkle is the fact that this is just the second shutdown during which employees were placed on furlough while one party controlled both chambers of Congress and the White House, which was the case when the shutdown began. The other instance was the three-day shutdown in January 2018.

Additionally, with the changeover to the 116th Congress, which has a Democrat-controlled House, this is the first shutdown in which control of a chamber of Congress changed parties during the funding lapse.

The current shutdown also means the president has set some historic firsts as well.

Trump is the only president to furlough employees while his party controlled both chambers of Congress, the only one to achieve that dubious feat multiple times, and is second in total shutdowns for a president whose party controls chambers of Congress. Jimmy Carter presided over five shutdowns while Democrats controlled both the House and Senate, none of which resulted in furloughs.

Here’s a breakdown of all the previous shutdowns: 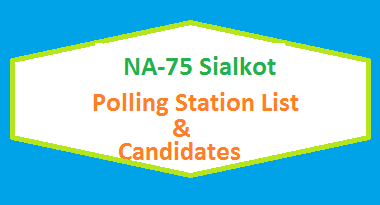