(Bloomberg) — Malaysian opposition leader Anwar Ibrahim will meet the king on Tuesday in a bid to prove he’s got the numbers to form a new government, even as the current ruling bloc says the move will fail. Anwar last month announced he commanded a “formidable majority” of the nation’s […]

(Bloomberg) — Malaysian opposition leader Anwar Ibrahim will meet the king on Tuesday in a bid to prove he’s got the numbers to form a new government, even as the current ruling bloc says the move will fail.

Anwar last month announced he commanded a “formidable majority” of the nation’s 222 lawmakers to oust Prime Minister Muhyiddin Yassin, who took power in March by the thinnest of margins after another coalition government collapsed. Anwar’s initial meeting with the king, known as the Yang di-Pertuan Agong, was delayed because the head of state was ill.

“Frankly, I do not think it will be a smooth and easy ride for Anwar,” said Oh Ei Sun, senior fellow at the Singapore Institute of International Affairs. It’s unlikely Anwar will succeed as the government would’ve used resources to lure back defectors from the time Anwar first staked claim to power three weeks ago, he said.

The king has several options if he’s convinced that Anwar has the backing of a majority in parliament, including a dissolution of parliament, ordering a confidence vote or appointing him as the new prime minister. The monarch played a key role in interviewing lawmakers back in February after former Prime Minister Mahathir Mohamad resigned, triggering the instability that has gripped Malaysia for much of the year.

Why Malaysia’s Politics Are Messy and What’s at Stake: QuickTake

Malaysia ruling parties have dismissed Anwar’s move as a tactic to destabilize the country’s politics. Over the weekend, they closed ranks around Muhyiddin.

The Barisan Nasional coalition supports Muhyiddin as prime minister and won’t work with Anwar, its secretary-general Annuar Musa wrote on Facebook. Annuar is also a party leader of the United Malays National Organisation, which Muhyiddin counts among his biggest supporters.

The Malaysian Chinese Association, one of the grouping’s members, in a separate statement said the party will not join or participate in any plans by Anwar to form a new government.

The government Monday imposed curbs on movement in its capital city of Kuala Lumpur, administrative capital Putrajaya and in the states of Selangor and Sabah, as the virus spread. The restrictions also pulled the nation’s key stock index down 0.8% at the close.

For more articles like this, please visit us at bloomberg.com

Sun Oct 18 , 2020
The Colston Society – the original group set up in the name of Bristol-born slave trader Edward Colston – is to be disbanded. In a narrow margin, following a survey in July and August, members of the registered charity voted to close the group completely, rather than continue with a […] 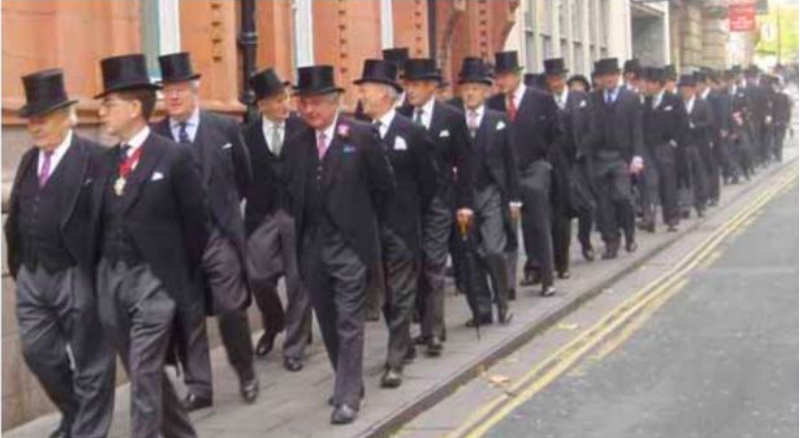