Minor league baseball player Blake Bivens said he found out through Facebook that his wife, their 14-month-old son and his mother-in-law had been killed. Bivens, who pitched last season for the Montgomery, Alabama, Biscuits, a Double-A affiliate of the Tampa Bay Rays, opened up about the deaths in August while […]

Minor league baseball player Blake Bivens said he found out through Facebook that his wife, their 14-month-old son and his mother-in-law had been killed.

Bivens, who pitched last season for the Montgomery, Alabama, Biscuits, a Double-A affiliate of the Tampa Bay Rays, opened up about the deaths in August while speaking with a pastor from The River Church in Danville, Virginia.

Matthew Bernard, his brother-in-law, has been charged with three counts of first-degree murder. Bernard is accused of killing his mother, Joan Bernard, 62; his sister Emily Bernard Bivens, 25; and her child, Cullen Bivens, 14 months.

Bivens said he was with his teammates in Chattanooga, Tennessee, finishing up a series of games when he woke up and checked his phone but didn’t have any messages from his family. He logged on to Facebook and immediately saw a headline about a search for Bernard.

Let our news meet your inbox. The news and stories that matters, delivered weekday mornings.

“I knew then there’s something going on so immediately called my parents,” Bivens said during a conversation that aired Sunday on Facebook Live. “They were trying to figure out everything that was going on also. I knew I needed to get my stuff together. I needed to probably get an airplane trip home, not knowing the extent of anything going on.”

The Rays arranged a flight for Bivens to head home to Pittsylvania County, Virginia. He said that while he waited at the airport, he checked Facebook again and the first thing that popped up was a headline that said two women and a small child had been killed.

“I immediately knew that was them. I found out my family was gone over a Facebook headline. And I just immediately began to scream in the middle of the airport,” he said.

Bivens said that during the plane ride home, he would just start shaking, and then he would break down and cry.

The Pittsylvania County Sheriff’s Office was called to a home in southern Virginia after a neighbor reported that someone might have been shot. Bernard was arrested while running around naked after an hourslong manhunt.

A competency review and determination hearing is scheduled for next week to determine whether Bernard is able to stand trial, according to ESPN.

Bivens said the hardest moment came when he walked into his son’s room for the first time after his death.

Download the NBC News app for breaking news and alerts

“That was the worst moment in my life. Nothing ever will come close to feeling the way I felt at that moment. But then again, I know I will see him again one day, and it won’t be long,” he said.

Bivens said that his faith has been getting him through the more than eight months since the killings and that he has sought comfort in knowing that they are “in the arms of Jesus and they’re waiting for me to be there with them.”

“It’s been amazing how the Lord has helped and gave us peace through everything,” Bivens said.

Minyvonne Burke is a breaking news reporter for NBC News.

Thu May 7 , 2020
Rotary started with the vision of one man —  Paul Harris After setting up his law practice in Chicago, Harris gathered several business associates to discuss the idea of forming an organization for local professionals. He envisioned a place where professionals of diverse backgrounds could exchange ideas and form meaningful, […] 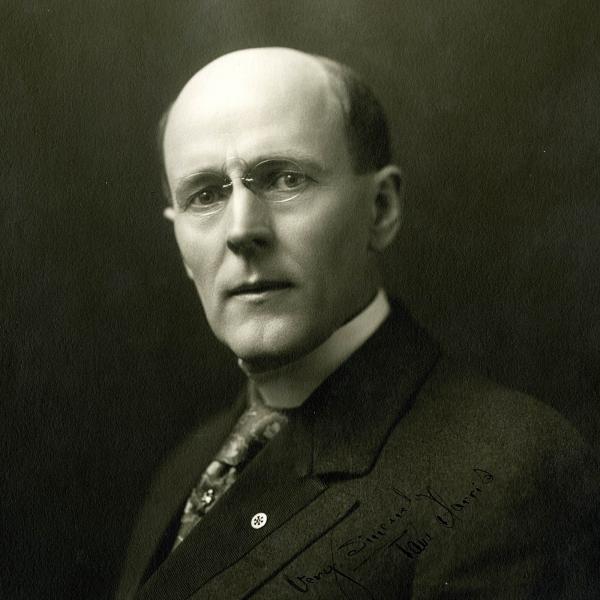