I’m happy that Dennis has found his place back in the squad since the departure of Verlinden back to Stoke. While we do miss the Belgians direct running at times, Politic has been more than worthy of a replacement and that was especially on display yesterday against Portsmouth. He’s spent […]

I’m happy that Dennis has found his place back in the squad since the departure of Verlinden back to Stoke. While we do miss the Belgians direct running at times, Politic has been more than worthy of a replacement and that was especially on display yesterday against Portsmouth. He’s spent most of this season playing out wide with Darcy operating in the middle so it was interesting to see him given the free role in behind. I thought Darcy and Hamilton and him worked really well together and interchanged their roles behind the striker successfully throughout the first half, albeit without much joy.

The Romanian’s first half saw him sitting in behind Joe Dodoo looking for flicks and knockdowns in behind, as it was he only had one real opportunity of note. Immediately following the Portsmouth opener, a ball was knocked in behind for Politic to run onto but his shot was taken quickly and flashed wide from a tight angle. His willingness to run at the opposition was on full display though and you were sure he would get more chances as the game went on.

In the second half he stayed behind the front two with Chris O’Grady coming on to replace the injured Liam Edwards and partnering Joe Dodoo at the top of the park. With the introduction of O’Grady Bolton finally had a target man they could work off and the space available to Politic and Darcy only increased. He got his first real sight as an O’Grady flick on found him in behind, but Bass in the Portsmouth goal saved his shot under pressure down low. As the game progressed he was involved in everything positive that Bolton did, he worked the ball well for Darcy to whip in a few good crosses and combined with Hamilton who’s shot drifted just wide.

Politic came closest after a driving run and clever one-two with Joe Dodoo saw him break into the box and a first time shot was excellently saved by Bass, if it hadn’t have been for that save Bolton would’ve been deservedly level.

It was unfortunate that Politic couldn’t cap his great performance with a goal. He looked good at the beginning of the season and I had expected him to have more of an impact on the team but he has appeared out of favour with Hill. Hopefully the last two games will have shown Hill what a useful player he is for us and certainly an integral one to the future of Bolton Wanderers going forwards. I would like to see him playing again in that central role, behind Daryl Murphy, with Darcy and Dodoo out wide. Whether we like it or not Bolton are staring League Two in the face, and it is going to take nothing short of a miracle to stop us from being relegated this season. With that in mind we need to be giving the players that are going to be key next season, the run in the team that they need to progress. 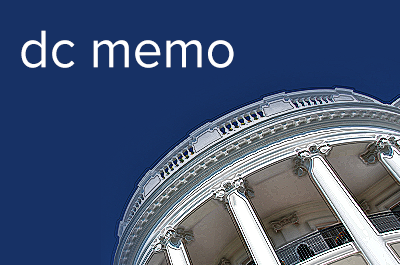