France under the rule of Bourbon King Louis XVI was the envy of Europe. During his reign beginning in 1774, France had more people and wealth than any another nation on the continent. From his glittering palace of Versailles, Louis XVI and his wife Marie Antoinette pilfered Frances resources while […]

France
under the rule of Bourbon King Louis XVI was the envy of Europe.
During his reign beginning in 1774, France had more people
and wealth than any another nation on the continent. From
his glittering palace of Versailles, Louis XVI and his wife
Marie Antoinette pilfered Frances resources while their
people suffered.

Across
the Atlantic in America, Great Britains thirteen colonies
declared their independence from the rule of King George III
on July 4, 1776. France, seizing the opportunity to regain
colonies lost to the English, entered the war and helped secure
American independence.

Thomas
Jefferson drew upon the ideas of the Enlightenment 
the rationalist, liberal, and humanitarian trend in 18th-century
thought  in defining the rights and privileges of citizens
in the Constitution of the United States. Similar ideas had
planted firm roots in Europe. Enlightened despots such as
Holy Roman Emperor Joseph II, Catherine II of Russia, and
Frederick II of Prussia enforced new social and political
ideals.

The
French people grew restless for change. Although Louis XVI
considered social and political reforms, he was unable to
overcome opposition from his queen and court. Sheltered from
the discontent of their people, their grandeur remained untouched.

The
works of the late Enlightenment philosopher and political
theorist Jean Jacques Rousseau infused the population. Emboldened
by his writings, radicals demanding greater rights attempted
to force reforms on the government. Sensing the changing tide
of power, Napoleon Bonaparte, a young artillery officer with
limited prospects, found in Rousseaus words the key
to his destiny.

JOURQUIN:
He
was quite affected by Rousseau and the philosophies of the
Enlightenment. Liberty, equality, these are important notions
for him because it is how hes going to be able to
succeed. Napoleon does not have any well-defined convictions.
He becomes a left-wing revolutionary because it is they
who are the strongest. Napoleon at the time is someone who
is trying to establish good links with people who have the
power.

In
the summer of 1789, the French peoples anger boiled
over into the streets, and violence erupted throughout France.
Mobs of citizens cried out for liberty, equality and brotherhood.
The monarchs of Europe looked on in horror as revolution threatened
to topple the greatest monarchy on the continent.

Sat Mar 21 , 2020
Home – regjeringen.no Go to main content Enable Javascript in your browser for an improved experience of regjeringen.no A previously unknown coronavirus has spread from China to large parts of the world, including Europe and Norway. What’s new Major Seed deposit at the Svalbard Global Seed Vault, Longyearbyen Today, 36 […] 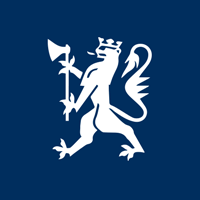