Just as I sat down to write this piece, my phone rang. The woman’s voice was thick with distress. She didn’t want her name to be public, didn’t want practical help; she just wanted to tell her story to someone and she didn’t know who would listen and who would […]

Just as I sat down to write this piece, my phone rang. The woman’s voice was thick with distress. She didn’t want her name to be public, didn’t want practical help; she just wanted to tell her story to someone and she didn’t know who would listen and who would care.

Her husband, to whom she has been married for 57 years, has dementia and is in a home. Before lockdown, she visited twice a day, spending hours with him, kissing him, hugging and holding him. He is at a stage of his dementia where it can be hard to have a conversation, but, she says, “he understands affective language” – the language of touch, of physical presence and affection. People with dementia lose so much, but they usually do not lose their deep feelings, their love and need.

In March, the doors shut. When at last she was allowed to see him – at a window, at a distance, wearing a mask – he was blank and confused. On the second visit, he was more responsive. He stood with his arms held out for a hug and beckoned her to come closer. “I kept saying, ‘Darling, I can’t, my darling.’ It was torture, for him and for me. And he might forget, he has dementia, but I – I don’t forget.”

She hasn’t been back to that window since. It would be too cruel. She hasn’t seen her husband for three and a half months, nor held and comforted him for six. She goes to the care home every day with fresh fruit, because he loves fruit and because it is something – the only thing – she can do.

This is one woman’s story; it is the story of thousands who are separated from those they love. John’s Campaign, which speaks for people with dementia and for their family carers, has heard such tales of grief and guilt, damage, bewilderment and despair that it could break your heart in pieces.

Family carers should be recognised as essential, and given the same protection, testing and status as a key worker

In the name of infection control, great harm is being inflicted. Seventy per cent of people in care homes have dementia, which is a neuro-degenerative condition that can attack a person’s deepest sense of their self. Family carers are crucial to keep them connected to the world and for their survival. ONS figures show that deaths from dementia have risen by more than 50% in the past six months. People can die of heartbreak.

These stories are why John’s Campaign, after months of campaigning for change, has asked the government for a judicial review. Care homes are not to blame for what is happening; they are prevented by government guidelines, which have disgracefully outsourced the responsibility that government should take to care homes and local authorities, leading to chaos and incoherence, randomness and irretrievable harm.

It is our argument (and, more importantly, our lawyers’ argument) that guidance that has been drawn up without attention to human rights legislation is not valid guidance. Further, family carers, who are not visitors, though time and again I’ve heard government spokespeople refer to them as such, but vital to the health and the selfhood of people with dementia, should be recognised as essential, and given the same protection, testing and status as a key worker.

It’s as simple, as obvious, as that. We trust paid (often grossly underpaid, usually kind and honourable) carers to take precautions and avoid risk; surely we should trust family carers who are the most invested in the safety of the person in the home, to do the same. And this includes young people, who have become a target for blame and naff soundbites (“don’t kill granny”) but who often bring great joy, hope and renewed energy to their grandparents.

John’s Campaign fully understands the need for safety and caution, but Covid-19 is not the only risk and people with dementia are not a faceless category: they are individuals whose needs should be taken into account and who should be given agency and allowed choice.

The clock is ticking. Six precious months have already passed – months that matter greatly, because people in care homes have an average life expectancy of two and a half years, while in nursing homes it is just 13 months. Six months: think of what that means to the person in the home, who often cannot understand why they are no longer visited, who may feel abandoned, think they are being punished, believe they are no longer loved.

Think of what it means to the child, or to the spouse, who stands at a fence, at a window, sits, if lucky, at a distance in a garden with a paid carer as chaperone, while their parent, their partner, their beloved, weeps in vain to be hugged. In the name of infection control, with the grand catch-all of a national emergency, we are allowing intimate tragedies to unfold unchecked.

I’m looking at my emails as I write. This morning, among many others, there’s a woman whose aunt, unvisited and convinced she was no longer loved, stopped eating and drinking and turned her face to the wall to die. There’s a mother who is not allowed to visit her 22-year-old son, in rehab with a brain injury; on Zoom, he calls out for her and weeps. She has stage 3 breast cancer and she fears she may never see him again. (While our legal challenge is specifically about people with dementia in care homes, its implications reach to all who are separated from those they most need.) The legacy of the unresolved guilt and anguish will be vast.

On Wednesday, our lawyers at Leigh Day sent a letter to Matt Hancock: John’s Campaign v the Secretary of State for Health and Social Care. We are raising money to cover our legal costs through crowdfunding on Crowd Justice and believe that many people will support us in this endeavour, which is our last resort and best hope. He has 10 more days in which to respond. We are waiting. So too are many thousands of people who have borne great pain for far too long. Love is what makes a life worth the having.

•John’s Campaign is a voluntary, not-for-profit movement that speaks for people with dementia and their family carers. It is trying to raise £70,000 to fund its legal costs on the Crowdjustice site

Thu Sep 17 , 2020
As representatives of organizations working to promote women’s rights and gender equality in Cambodia, we wish to express our deep concern regarding numerous articles within the Draft Law on Public Order (DLPO), provisions of which violate women’s human rights. We therefore also endorse and echo the call made to the […] 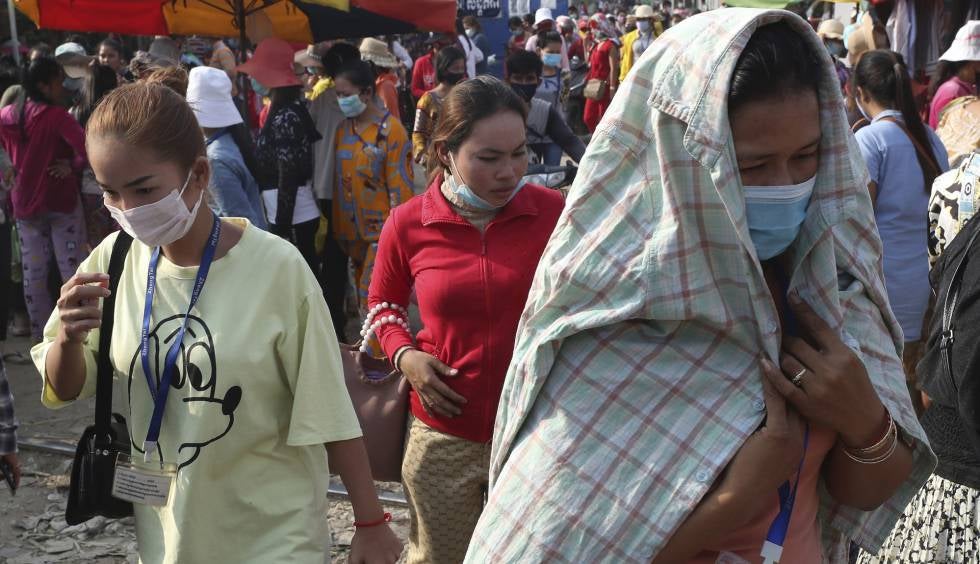