Before taking up the engagement with issues related to communal harmony and national integration, I was trying to associate with issues of labor movement. During that time I used to hear from friends the name of Swami Agnivesh in the context of movement against bonded labor. Later after the demolition […]

Before taking up the engagement with issues related to communal harmony and national integration, I was trying to associate with issues of labor movement. During that time I used to hear from friends the name of Swami Agnivesh in the context of movement against bonded labor. Later after the demolition of Babri Mosque, I decided to understand the issues of communalism in depth. This is what brought me closer to my late friend Dr. Asghar Ali Engineer. Dr. Enginner during the course of our discussions regularly used to bring up the name of Swamiji and his various initiatives. It’s from here that I came to know Swamiji from close quarters. I was invited by him in a talk show and also enjoyed the hospitality at his home. There was also an occasion when another dear friend Harsh Mander, organized a lecture for street children. The lecture on communal harmony was organized in Swamiji’s Ashram.

From the decade of 1990; I did have the privilege of interacting with Swamiji off and on and was deeply touched by his modesty, affectionate and loving nature. Also saw his deep commitment to oppose the communal forces. He was upright and never compromised on his principles even in the face of adverse circumstances. This is what led to attacks on him by the followers of Hindu nationalist politics. They were very much disturbed by Swamiji’s various bold stands regarding idol worship, and his opposition to using of Hindu identity for political goals. Here I do recount several of my observations and experiences which touched me and made me respect his commitment to abolition of Sati in particular. Globally he did make a mark for his dogged fight against bonded labor.

As far as Hindu nationalist politics is concerned, he had to face their wrath in a large measure. I do deal with some of those in this article.

On 17th August (2018), during the funeral procession of the former Prime Minster of India, Mr. Atal Bihari Vajpayee, Swamiji was assaulted outside the BJP head office, when he was trying to participate in the funeral procession. The assaulters, some members of the crowd, began to heckle him and then they physically attacked him. They were raising the slogans, Bharat Mata ki jai and ‘Deshdrohi Wapas jao’. (Go back anti-National). This reference of anti National was in tune with BJP followers abusing those who differed from their own values. This was mostly due to his criticizing Prime Minister Narendra Modi’s statement related to imagined glories of ancient India.

A month before this, in Pokur Jahrkhand, Agnivesh was brutally assaulted, allegedly by student wing of BJP. The attack was severe and as a matter of great relief he survived while his turban was taken away and his clothes were torn asunder. In the wake of this attack many a BJP supporters, justifying the attack circulated the video of Swamiji’s speech. In this video he is criticizing the Prime minister Modi for his statement that there was plastic surgery in Ancient India as seen in planting of elephant’s head on a boy’s neck or Kauravas’s being born though stem cell technology. He went on to criticize Modi for his public pujas in Nepal and Dhaka.

Attacking Amarnath yatra and idol worship, Agnivesh pointed out that the Barfani baba, the ice shivling is a natural phenomenon which gets formed due to natural processes of deposits of stalactite and stalagmite. In the same video he points out that one of the years, when the deposits were inadequate to form the ling (the Shiva idol), ice had to be put to give it the shape of linga (idol). Similarly criticizing the Kumbh mela, people congregating to wash their sins, he points out that bathing in such polluted water on contrary can lead to new diseases.

Overall, Swami has been part of various social movement like as mentioned earlier Bandhua Majdoor Mukti Morcha, (against bonded labor) for which he also participated in global eradication of modern form of bonded labor, under the aegis of UN. He has been associated with movements opposing female feticide and against sati. He has been part of Arya Samaj organization for long time.

In recognition of his work he has received various awards like Right Livelihood (Alternate Nobel) in 2004. This I remember with more fondness as he had shared the award with my dear friend Asghar Ali Engineer. Apart from this he received Rajiv Gandhi Sadbhavna Award again in same year. There are various issues on which one can disagree with him, like his interpretation of Hinduism exclusively to Vedic period etc., still what is important is his constant engagement with issues related to downtrodden of the society, to those related to modern forms of bonded labor, to sati, female feticide to name the few.

This saffron clad swami was regularly targeted by the followers of Hindu nationalist brigade. These attacks on him are akin to the series which began with murder of Dr. Dabholkar, and later took the lives of Com. Govind Pansare, Dr. Kalburgi and Gauri Lankesh. As intolerance is growing in the society, those having opinions contrary to ruling dispensation are being targeted. As the culprits are enjoying impunity, appreciation from the leaders of ruling party, they know they can get away with hate crimes of this dastardly nature. Lets imagine, a saffron clad Swami is coming to pay last respects to the ex Prime Minster of India and he is heckled and insulted! These hooligans, drunk on fake nationalism and false pride in things in the name of religion, get encouragement from the powers that be, the real culprits are those who support them, appreciate them, those who in the first place disseminate this ideology which is sectarian and looks down their opponents or their ideas as anti national or anti religion.

What is more surprising is that all this is being done in the name of Hindu religion, which celebrates diversity to its core. We know that most of the religions have a single founder and single holy book, still they develop sects within. Christianity has Catholics, Protestants, born again, Pentecostals among others. Muslims have Shia and Sunnis in the main while Sufis and Ahmadiya are also very much there. Buddhism Jainism Sikhism also have sects within them. In contrast Hinduism has no single founder, no single Holy book, and no single pattern of clergy or rituals. It is a collation of diverse traditions like Brahmanism, Tantra, Nath, Siddhanta, Shaiva, Vashanav and Bhakti among others. Diversity is the very core of Hindu religion. Right within Hindu fold Swami Dayanand Sarswati could form Arya Samaj and propound his ideology that Hinduism is primarily founded and based on Vedas.

While Idol worship is part of some sects of Hinduism, as such Hinduism also encompasses animist nature worship, to tri-theism, to polytheism to Nastik (atheist) tradition of Charvak as well. The concept of God also varies from the idol worshipers to those who believe in formless God. Swami Agnivesh propounds that Vedas are the base of Hindu religion.

The central focus of Agnivesh has been social reform, and that’s probably his most important of his engagement with the society. Irrespective of his views and his contribution to the cause of social issues, he has his own version of Hinduism. No one can usurp one’s right of following and propagating one’s own version of Hinduism/religion. The attacks on him by the followers of Hindu nationalists are not grounded in the values of tolerance of Hinduism, they are rooted in the politics, they are part of the sectarian interpretation of Hinduism and selective use of Hindu identity for mobilizing Hindus for political goals, there is nothing religious about it.

The nation did heave a sigh of relief that attack on Swamiji failed. With his consistent efforts for social reform with full strength and gusto; his contribution to social change is immense. Social change for a more just society is a long journey and Swamiji has contributed to it with all his might.

Women stepping up for byelection nomination a 'promising' sign

Wed Oct 7 , 2020
While there is some disappointment in that it was a man who won the Progressive Conservative nomination in P.E.I.’s District 10, the Coalition for Women in Government still sees positive signs in the process. Two of the three candidates for the PC nomination, Sonja Hooper and Susie Dillon, were women. […] 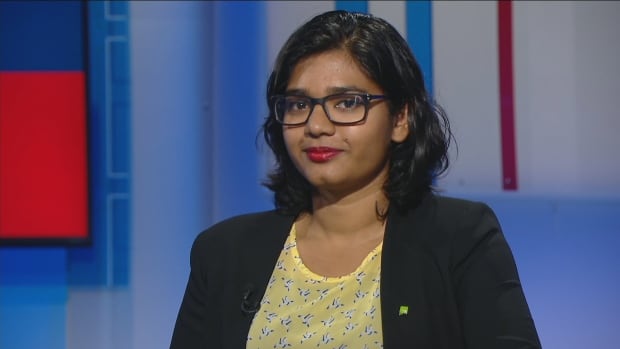