Social Media’s negative impact on political process isn’t just a matter of their content – which includes intentional misinformation and hate speeches directed toward certain groups. They have turned into a mechanism for political indoctrination, suggesting through sheer repetition that a certain cabal is threatening to take over the “World”. […]

Social Media’s negative impact on political process isn’t just a matter of their content – which includes intentional misinformation and hate speeches directed toward certain groups. They have turned into a mechanism for political indoctrination, suggesting through sheer repetition that a certain cabal is threatening to take over the “World”.

Political leaders often view social media as a threat because it can provide the public with greater access to information. It also has the potential to mobilize and challenge leadership. Some other school of thoughts demonstrates how social media contributed to reinforcing existing power structures and dominant narratives.

Social media’s ability to break news in real time has transformed the way we absorb information.

Meanwhile, Politicians has used these forums to sway public opinion in their favor and so, Politicians from both sides of the aisle now represents the busiest accounting across social media forum.

Social media has now digitalized political corruption and the world of diplomacy has become less private and susceptive to public perception. Propaganda has been there since the wake of political ideologies; it has showed up in books, pamphlets and this traditional social media, the Newspaper.

The most popular social media affecting politics in Sierra Leone is WhatsApp, hosting countless political interest groups, seeking truth, shrouded in hate. It is a digital psychological phenomenon that keeps your focus flowing from one group to another, one chat to another and one application to another repetitively in search of gratification and fulfillment in their political desires. WhatsApp has become the internet’s new home for hate. The political marathon has been too fast for the grip of the local televisions and Print-news. We cannot therefore Fathom the mind controlling capabilities of today’s social media.

The counterpart Facebook, twitter, YouTube & IG are used for political messaging, bringing interest waves and flow along into our political process that does not normally includes ordinary citizens, even if the message they carry are truthful and unconspiratorial. That makes these media the treat to coherent political discourse from the age of print. This phenomenon has already refashioned political discourse and permanently changed the institutions and people that depend on reasoned debate.

If the cost of making a post is tied to the extent of sensitivity of the post then we need not a media-savvy giant for filter controls. Today, at least 60% of Sierra Leoneans get their news from social media since political news moves quickly than any other news.

Get the latest in African news delivered straight to your inbox

We need to confirm your email address.

To complete the process, please follow the instructions in the email we just sent you.

There was a problem processing your submission. Please try again later.

The interplay amongst freedom of speech, right to access information, basic human rights and the adverse effect of social media has been effortlessly tackled in the vein to control minds.

Journalists and activists have found themselves on the receiving end of well-organized and highly political campaigns of online harassment. Around the world, the prevalence of social media is having a transformative and often ill-understood impact on democracy itself.

Finally, Facebook, Twitter, Instagram and WhatsApp are having a radical impact on political discourse. On the one hand, these platforms have the capacity to vastly increase political participation, particularly for marginalized groups. On the other, they can be used to silence dissent, spread disinformation and even stoke communal tension. Social media can be a place where grassroots campaigns can be elevated, and where marginalized people–religious minorities, women–can participate in public /political debate.

Even as more people are given a voice in the political debate on both sides of the aisle, the level of coordinated harassment and disinformation carries the obvious risk of reducing freedom of expression.

A Parents' Guide to Secret Society of Second-Born Royals

Fri Oct 16 , 2020
Disney princesses get an upgrade in the Disney+ original movie Secret Society of Second-Born Royals, which premiered on Disney+ on Sept. 25. The fearless princesses and princes in this live-action film actually join a top-secret training program reserved for second-born royals, with one goal: to save the world! (No sleeping […] 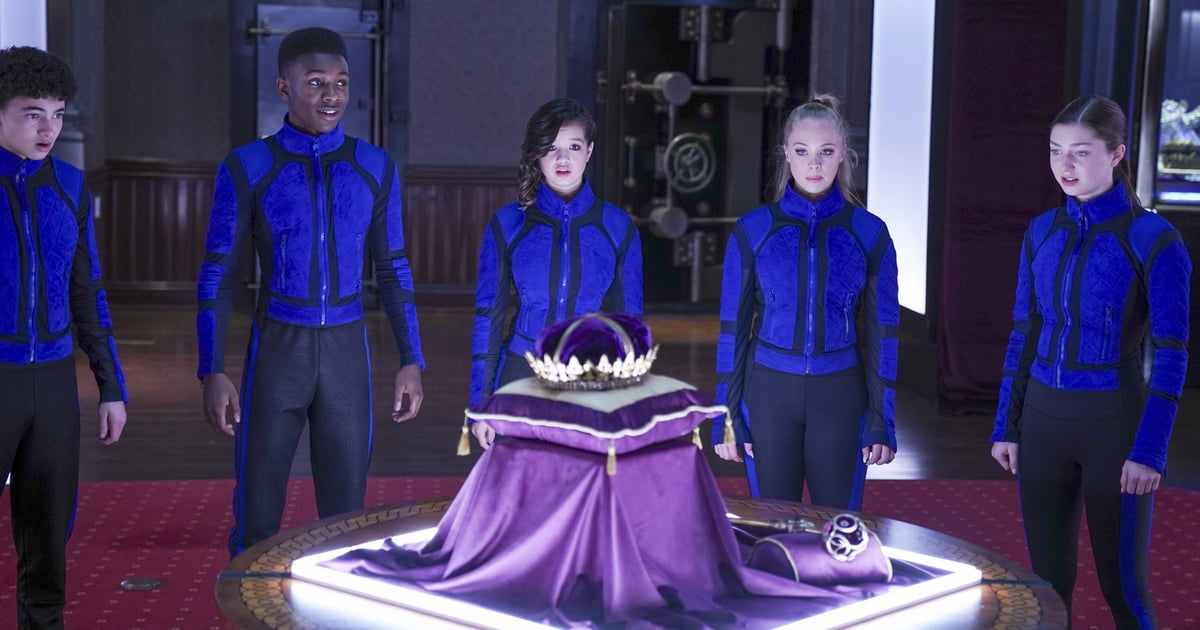