WASHINGTON (MarketWatch) — “The government is the problem,” they say. “The government can’t create jobs.” Or: “The government should just get out of the way.” How many times over the past three — or 30 — years have you heard conservatives (and even a few liberals) say that there’s no […]

WASHINGTON (MarketWatch) — “The government is the problem,” they say. “The government can’t create jobs.” Or: “The government should just get out of the way.” How many times over the past three — or 30 — years have you heard conservatives (and even a few liberals) say that there’s no role for government in fixing our economy?

They’re wrong, but this constant refrain is having an impact on our political system; it’s narrowing our options as we struggle with excessive unemployment, burdensome debt and wasted lives.

As often as this anti-government cliché is repeated, few politicians actually believe it. Republicans are just as quick as Democrats to ask for federal funding for local projects — funds that they know improve the lives of voters. Despite what they say for political effect, everyone knows that the government can do a lot to create the right conditions for prosperity. There are very few true libertarians in America, people who believe that the best government is no government at all.

Look, don’t get me wrong: I don’t think the government is perfect. Any institution that can execute an innocent man, or fight an immoral war, or steal a whole continent, or reward failed banks can certainly be improved. Government wastes lots of money. Governments can make things worse by introducing perverse incentives for us to do things that are inefficient and idiotic. Governments can be corrupt, heavy-handed, even evil.

But the idea that the American government can do nothing right has become so pervasive that I feel compelled to point out what used to be obvious to everyone: Our democratic government — along with you, me and our ancestors — created the conditions that have allowed private citizens and companies to build a great nation. This land was made by you and me.

Here are the 10 best things the government has done to improve our lives.

1.) Protecting our freedoms. Our political and economic rights are the foundation of our democracy and capitalist economy. Without them, we’d be nothing.

We often think of our rights as a protection against the heavy hand of government, but we shouldn’t ignore the contribution that the people through their government have made in expanding those rights since the early days of the republic, when they applied only to white men with property.

Liberals who look fondly upon the government as a benevolent force often do so because the federal government was on their side in the great battles to abolish slavery and to extend rights to African-Americans, women, Native Americans, immigrants, workers, gays and many others. Liberals don’t like big government; they like a good and just government. For their part, conservatives want a government that enforces property rights and protects us against tyranny.

Slide Show: What the U.S. government has given us.

2.) Giving away the land. The United States developed as one of the most egalitarian nations in history, mostly because the government gave away millions of acres of land and sold more at rock-bottom prices to regular people who worked that land and made it productive. From the Land Ordinance of 1785 right on to the Homestead Act of 1862, the government offered cheap or free land to people who would have been serfs or indentured servants in any other society. The government gave poor but hard-working people a stake in their country. Other government programs gave away valuable mining and timber land for a pittance. Many a fortune owes its genesis to the government.

3.) Educating everybody. Our economy and democracy would be impossible without an educated, skilled populace. From the beginning of our nation, offering free and universal public education has been one of the most important functions of government. The federal government has always had a role, from the 1785 Land Act and the land-grant colleges established under Lincoln to the GI Bill and beyond. It’s no accident that America leads the world in technological innovation.

4.) Helping us retire with dignity. Social Security and Medicare keep millions of Americans out of poverty, allowing them to live out their lives in dignity. And these essential programs are provided by government at far less cost than would be possible from the private sector.

5) Improving public health. Many of us owe our lives — literally — to the government. The greatest advances in longevity are due to public-sanitation measures such as water treatment, sewer systems and trash disposal. The Food and Drug Administration, the Environmental Protection Agency, and thousands of federal, state and local agencies keep us safer and healthier than we’d be in their absence. In addition, public dollars fund most of the basic research that private companies turn into life-saving drugs.

Taking a page from the Roman Empire, state governments in the early 1800s invested heavily in roads and canals. The state of New York built the Erie Canal, and the federal government built 600 miles of national road that are driven on even today. Almost all U.S. highways and airports have been built with public money.

Early railroads were financed by private corporations, true, but building a transcontinental railroad was beyond their ability. So Congress offered the railroad companies massive tracts of land for every mile of track laid as they raced toward the ultimate meeting point in Utah. Backing the railroads was so important to Congress that the United States actually bought a part of what is now Arizona and New Mexico from Mexico just to obtain the railroad right-of-way.

7.) Investing in communications. Communications networks, like transportation systems, create lots of external benefits that cannot be easily recouped by the builder. That makes them perfect for public investment. At the beginning, the post office was a government monopoly that was broken only gradually as technology advanced.

The federal government funded the early development of the telegraph in the 1840s and laid the first transatlantic cable. Broadcasting — both radio and television — was subsidized through the granting of spectrum rights that kept competition at bay. Cable TV took off after the development of communications satellites. The Internet, of course, was invented by the Defense Department and was supported by federal research grants in the early years, before commercialization was impossible.

The telephone was funded by the private sector, but the launching of communications satellites massively lowered costs for long-distance calls, particularly overseas calls, which initially cost more than $10 per minute. The government also sparked the mobile communications revolution by auctioning off freed-up spectrum. That is, in fact, one great example of the government doing good by getting out of the way.

8.) Building our energy supply. Most energy investment comes from private companies, but the government has played its role. Government-built hydroelectric dams provide a lot of power in the Northwest and Southeast, and all nuclear-power plants can trace their lineage to the Manhattan Project. Most forms of energy enjoy a public subsidy of one kind or another, including having the U.S. Navy and Air Force protect and guarantee our supply of petroleum.

9.) Inventing the future. The space program and defense research continue to spin off benefits to our economy. Because NASA and the Pentagon demanded (and paid top dollar for) highly reliable and lightweight components, advancements in medicine, electronics, communications, materials and manufacturing were accelerated by decades. Thousands of products in everyday use are spinoffs from the space program, from titanium golf clubs and running shoes to GPS and MRI.

10.) Defeating totalitarianism. The United States has faced few serious external threats in its 235 years of independence. When it did, the government spent trillions of dollars to defend us from the forces of fascism and communism.

View the complete MarketWatch Slide Show: From the Golden Spike to Little Rock to, literally, the moon, much of what makes America great could never have been delivered solely through private enterprise.

Sat Apr 4 , 2020
I’m happy that Dennis has found his place back in the squad since the departure of Verlinden back to Stoke. While we do miss the Belgians direct running at times, Politic has been more than worthy of a replacement and that was especially on display yesterday against Portsmouth. He’s spent […] 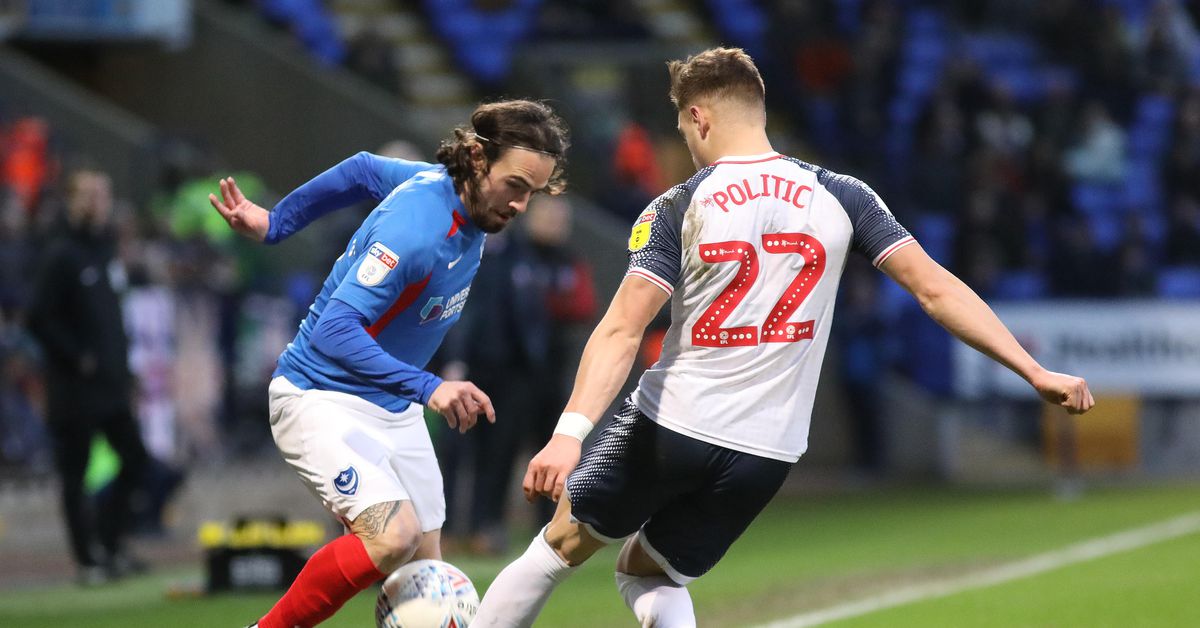