President Donald Trump during a news conference in the Rose Garden in Washington, D.C., April 30, 2018 (Kevin Lamarque/Reuters) The Case for Trump, by Victor Davis Hanson (Basic Books, 400 pp., $30) Victor Davis Hanson’s newest book is also one of his most personal. Hanson is a celebrated historian of […]

Victor Davis Hanson’s newest book is also one of his most personal. Hanson is a celebrated historian of war, a retired professor of classics, a senior fellow at the Hoover Institution, and a National Review columnist. But he is also a farmer in California’s Central Valley. He routinely peppers his articles and even his academic work with telling details about farming life and social realities in Selma, a town outside Fresno where he lives in the same house in which he was born and raised. In this book, as in his others, the glimpses of Selma come only in support of Hanson’s wider thesis, never as part of an effort to tell his personal story. Nevertheless, beneath the surface of dispassionate analysis, the book burns with emotion.

Its source is easy to identify. In 1980, Hanson writes, Selma “was a prosperous multiethnic and multiracial community of working- and middle-class families.” From his graduating class of 250, only about ten went off to college; the rest stayed behind, thanks to an abundance of high-paying jobs on farms and in canneries. Within a few short years, those jobs were gone. Canneries and food processors had moved abroad, and farms had been sold off or rented to large corporations. Despite the shrinking job market, Mexican immigrants — legal and illegal — flooded in. “By 2010, high unemployment was chronic, drug addiction was endemic, crime commonplace,” Hanson writes. “In 1970, we did not have keys for our outside doors; in 2018, I have six guard dogs.”

Hanson left high school to pursue a bright future, but many people close to him went on to lead lives of quiet desperation. Selma’s inhabitants, he continues, “are not culpable for the vast transformations in the city’s economic, social, and cultural landscape. Those changes were mostly a result of the laxity of immigration enforcement and importation of inexpensive labor, globalized trade policy, and the vertical integration of agriculture.” Big government allied with big business to destroy much of what was best about Selma. A large swathe of small-town America suffered a similar fate.

Both political parties played a role in this tragedy. In recent years, however, the Democrats have grown especially contemptuous of those whose lives were mauled by globalism. The Democrats of yesteryear saw themselves as representatives of the laboring classes, but their descendants are dedicated to achieving “social justice,” a phrase with a highly specific meaning.

According to contemporary progressivism, power and privilege in society flow from fundamental identities. Social-justice warriors deem people “marginalized” or “privileged” according to their skin color, religion, or sexual orientation. The uneducated immigrants who flooded Selma are marginalized and therefore deserving of empathy and a helping hand. The longtime residents who lost their livelihood and decry immigration are privileged and therefore targets of contempt. They are the “bitter” ones who “cling” to guns or religion, as Barack Obama said of the people of central Pennsylvania in 2008; a “basket of deplorables,” as Hillary Clinton famously called Trump supporters; or toothless “garbage people,” as Politico reporter Marc Caputo described attendees at a Trump rally last year.

Three-quarters of Hanson’s book focuses not on Trump himself or on his policies but on the awesome gap that has grown between “the two Americas” — the people in Selma and similar towns and cities ravaged by globalism, and the bicoastal elite. “Their once prosperous and stable community did not really deserve to erode,” Hanson writes of his fellow townsmen. “They were and are certainly not lazy or stupid people, and they had sought all sorts of remedies to redress their plights and save their town.” These people are not in a position to write book-length analyses about why they came to embrace an orange-hued, uncouth Manhattan billionaire as their defender. But Hanson is. The unstated goal of The Case for Trump is to give a voice to these voiceless people.

Hanson has been living on the fault line between cosmopolitan and small-town America for all his adult life. Is there a better analyst of it? Is there, for example, another conservative pundit who is as well versed in the intellectual origins of the social-justice movement? Thanks to the losing academic battles that Hanson waged in the 1990s and early 2000s against multiculturalism and intersectionality, the academic fads that spawned contemporary progressivism, his familiarity with these doctrines is thorough. This intimacy adds nuance to his analyses that is lacking in many other conservative writers.

On an intellectual level, those movements are shoddy and threadbare, but as tools for imposing discipline on organizations — academic, bureaucratic, or corporate — they are highly effective. They foster an institutional culture that silences dissent. Merely to question the progressives’ “diversity” initiatives is to declare oneself a bigot, a person of “privilege” seeking to keep minorities down.

At first glance, progressivism might seem ill suited to national electoral politics. After all, affluent whites are an indispensable component of any Democratic coalition. Yet progressivism singles them out for opprobrium. Won’t it lose their vote? Hanson explains that the ideology exempts its adherents (and especially its richest adherents) from its strictures. Progressivism, he writes, is “increasingly pyramidal, perhaps best called ‘oligarchical socialism,’ with the extremely wealthy advocating for redistribution for the poor.” Those at the top of the pyramid are sheltered from the effects of the destructive policies they visit on others. They share with the “subsidized poor” at the bottom a “disdain for the struggle of most of those in between.”

As California became a one-party state, the most pernicious aspects of academic identity politics migrated off campus to become a hallowed part of the ruling elite’s ideology. The same process was at work simultaneously in New York and Massachusetts. After Obama took office in 2009, he gradually signaled to his followers that he intended to rule as a progressive. A new possibility arose. Perhaps the Democrats could replicate the California model on the national level.

It was a heady dream, to be sure, but it proved harder to realize than its architects expected. One problem was the alienated in places like Selma. In the 2008 election, “Obama posed as a near-centrist Democrat candidate,” Hanson writes. “He opposed gay marriage. . . . Raising the issue of transgender restrooms in 2008 would have been absurd.” By the time Obama left office in 2017, the old Reagan Democrats in the Rust Belt understood that he had empowered the hard Left. “There was now no such thing as a centrist Democrat, much less a conservative working-class one.” Obama had not only handed a weakened coalition to Hillary Clinton, who was a much less talented politician; he had also paved the way for Trumpism.

To those ravaged by globalism, Trump was the only candidate in 2016 who spoke clearly and directly about the issues that most concerned them — a return of jobs and an end to unlawful immigration. Moreover, he promised to truly fight against progressivism. Many conservative voters had tired of the establishment Republican candidates, who seemed more content to lose honorably than to fight to win. Voters no longer trusted the Republican party to stand for the rights of the little guy against the demands of big business or lecturing from the media. They “empathized with the bad-apple Trump,” Hanson explains. They “believed that whatever he dished out to the media . . . was long overdue.”

To a great many of Trump’s detractors, his character disqualifies him from office. But many of these detractors, including some Never Trumpers on the right, are comfortable with progressivism, whereas a good many Trump supporters see it as a cancer. For them, Hanson explains, Trump is “chemotherapy, which after all is used to combat something far worse than itself.” They also get a vicarious thrill from his brawling, seeing it, Hanson writes, “as a long overdue pushback to the elite disdain and indeed hatred shown them.”

But there are downsides, Hanson concedes, to Trump’s abrasive qualities. For one thing, few of those with whom Trump has exchanged blows seem to share his remarkable ability, after the fight has served its purpose, to let bygones be bygones. They sulk, nurture grudges, and lash out. Senator John McCain’s deciding vote that saved Obamacare from repeal is likely a case in point. If Trump had been less brutal in his attacks on a war hero during the 2016 campaign, might he have gained McCain’s crucial support for a major campaign promise?

Be that as it may, Hanson credits Trump with remarkable successes, including, to name just a few: the vibrant economy, record employment, two successful Supreme Court appointments, a slew of federal judicial appointments, the recalibration in trade relations with China, the moving of the U.S. embassy in Israel to Jerusalem, and the restoring of American deterrence against Russia and China. But these successes will never offer Trump a path to national respectability.

He is fated to remain a difficult outsider — a tragic hero. “Trump,” Hanson writes, “likely will end in one of two fashions, both not particularly good: either spectacular but unacknowledged accomplishments followed by ostracism when he is out of office and no longer useful, or, less likely, a single term due to the eventual embarrassment of his beneficiaries, as if his utility is no longer worth the wages of his perceived crudity.” This pessimism is in part based on Hanson’s reading of Trump’s character as more suited to cutting Gordian knots than to organizing coalitions.

But it’s also a read on Trump’s anomalous position in the standoff between the two Americas. Voters in places like Selma still wield sufficient electoral weight to swing key battleground states. Despite the advantage that their influence offers the GOP, elements in the Republican elite remain ambivalent about them, as well as about Trump and his nationalist agenda. In theory, the Democratic party could capitalize on this ambivalence and entice the victims of globalism to vote for it. Doing so, however, would require displaying a modicum of empathy for them — a demand that, these days, seems too much to ask. The Democratic-party faithful appear more intent than ever on forcing the country on a march to social justice. They have yet to learn that their open contempt for the working class played a role in their stunning loss in 2016.

And they probably never will. That is one very good reason that Hanson identifies the first of his two predictions — a successful two-term Trump presidency — as the more likely one.

This article appears as “Political Chemotherapy” in the April 8, 2019, print edition of National Review.

How the Bot-y Politic Influenced This Election

Tue Apr 21 , 2020
If your political conversations on social media seem mechanical and predictable, it might be because you are debating with a robot. A study published the day before the election found an estimated 400,000 bots operating on Twitter that were tweeting—and being retweeted—at a remarkable pace, generating nearly 20 percent of […] 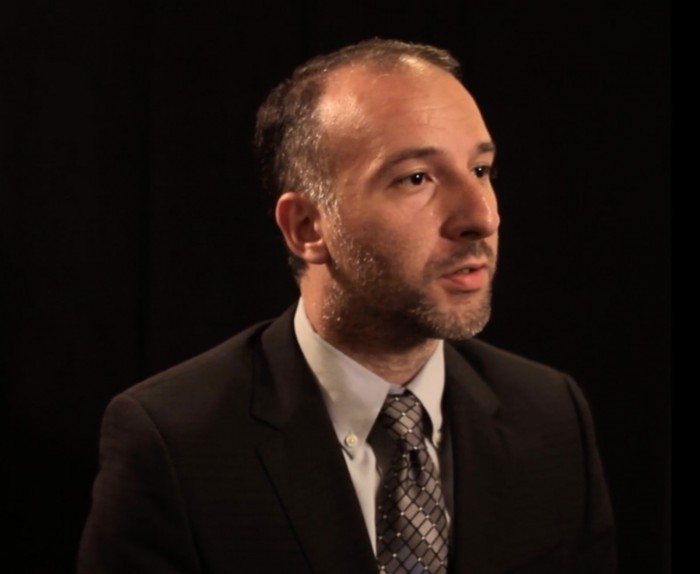