Charles Maurice de Talleygrand-Perigord, French foreign minister from 1797 to 1807 and 1814 to 1815, said to his ambassadors,” See to it that France is loved”. He presumed that this would increase France’s influence and in turn, provide a greater number of helping hands. Thus, the use of soft power, […] 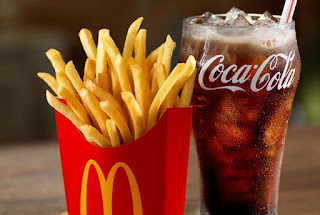 Charles Maurice de Talleygrand-Perigord, French foreign minister from 1797 to 1807 and 1814 to 1815, said to his ambassadors,” See to it that France is loved”. He presumed that this would increase France’s influence and in turn, provide a greater number of helping hands. Thus, the use of soft power, as a means of acquiring international supremacy, has been part of international politics, for quite some time. Apart from definite periods, however, in the 19th and early 20th century, the importance of soft power was secondary to that of hard power or military supremacy. However, its resurgence in the Cold War era, the defining role in Cold War politics, and its pivotal role in the era of globalisation, provides us with an opportunity to study it. For the sake of more convenient demarcations, structural power has been included under soft power.

During the Cold War, the Soviet Union and the United States, were at loggerheads militarily. Scoring hard power victories over the adversary, was difficult. Stalemates became incessant. In such a scenario, the United States were succesful in smuggling an item into Soviet Union, that came to occupy a role in fashion, so significant, that it became a part of everyday wear. It was the blue jeans,which were not available in the Soviet Union. For millions of teenagers, the blue jeans became a symbol of freedom, not available under the totalitarian system in their country. The Western bloc, in order to contain socialism, introduced subsidies and free govrnment schemes. They followed this up with an even better advertising of such measures. The people in socialist countries, now saw that the people of the West could avail the same subsidies and schemes without sacrificing their civil and political liberties. Thus, a resentment came to be created within the Soviet system, eventually leading to its disintegration. The potential of soft power capacity could be understood in clear terms from this.

The importance of soft power, grew in the post Cold War era. The grasp of the US over the structural
aspects of the international realm, perpetuated American hegemony. It was them, who introduced the
Bretton Woods system, which remains the basic structure of the world economy, creating institutions
like the World Bank and IMF. There is not a single sector in business, where an American company is not in the top 3 list. The primacy of the US Dollar is evident in its widespread use. The US guided the liberalisation processes of most developing countries, thereby providing them with a leverage to influence the economic policies of these countries. The economic supremacy is an essential component of soft power capacity. Such a commanding position in the world economy, naturally provides the USA with significant influence in world politics. This is clearly demonstrated in the effect of the unilateral economic sanctions, placed by USA. Losing business ties with the USA thus becomes a choice of optimal loss.

The economic supremacy, is almost inevitably accompanied by a strong cultural influence. Through the cultural sphere, a country often invokes, particular imageries regarding it, which creates a favourable impression of the concerned country. McDonalds and KFCs in glossy shopping malls, have become a common sight in all countries. This branch of cultural influence of the United States, has been described as, ‘McDonaldisation’ , by George Ritzer. He argues that as McDonalds, enters a
country, it, with its pre-determined set of products, tends to create uniform consumer patterns, thereby engineering a cultural hybridisation. Though the argument can be critiqued with evidence of the
provision of vegetarian food during Navaratri in India, it does a sufficient work of showing how far a fast-food chain goes in expanding the reach of soft power. KFC, has now become a part of everyday diet, of a large section of office-goers, who have little time for larger lunch.

Microsoft stands as another instance of a booming tool of soft power, with its global range of service. The elitist notion attached to Apple, does an equally convincing job of putting up an image of an American society which provides one with the realisation of all dreams of a good life. The Internet, itself, owes its advent to an American military research programme. Notwithstanding, the role of Google and Facebook, in everyday lives, even the major satellites, ensuring the existence of Internet, are mostly owned by America. An assortment of television channels, carries to different parts of the world, images of the cosmopolitan American life. The youth, inevitably attracted to the adrenaline of such a lifestyle, imitate it. The reach of American culture, thus reaches wide, linking to itself, notions
of a good, prosperous and happening life.

The role of such soft power capacities, in sustaining and perpetuating American hegemony, cannot be ignored. Soft power,provides a country with an opportunity to increase influence, without taking up arms. In today’s world of multilateralism, economic and cultural ties, are the bedrock of a country’s sphere of influence. Multiple countries avail the option of soft power in today’s world, creating a web of cultural diplomacy.

China’s acquisition of a considerable share of the Asian Infrastructure Investment Bank is an example of its soft power capacity. Countries are increasingly turning to educational programmes, student exchange programmes, ideological and spiritual convergences to increase their capacities in the international sphere. Japan, is another country, adept at the soft power game. In the absence of an army, the path of hard power has been abandoned by default. However, its growing economic and socio-cultural capacities helps its structure in international politics. It is the only Asian country
among the G-8 nations. It is the second largest contributor to the UN budget. It is the third largest economy of the world.

Japan has exported its culture to different countries, with its cultural products acting as suitable advertisements for the country’s soft power capacities. Japanese Studies is growing to be an increasingly popular discipline at institutions, in India, China, USA and Indonesia. An increasing number of students are taking up the Japanese language. For years, the world has consumed Japan’s cartoons and Japan’s Nintendo. The Japanese bootlegs, are deemed to be better by regular games. The quantity of consumers of anime and manga is increasing by the day. This has turned Japan into a pop-culture superpower.

A lot of countries, are turning to sports as an arena of display of soft power. India, engages in its own soft power exercises. The steady flow of working population it provides to the first world countries, lead directly to the latter having an added stake in India. 300,000 Indian origin workers work in Silicon Valley. Around 40% of the technical staff of Beijing is estimated to be of Indian origin. India has wrapped up several student exchange programmes with diffrent countires. It has used the spiritual principle of ‘ahimsa’, as a common ground, for connecting with countries having a strong Buddhist foothold. The packaging and marketing of Yoga and ayurvedic products is an example of a conscious attempt at advertising, the Indian spiritual culture. To the Western layman, this creates the image of India, as a country at the pinnacle of spiritual stability, leading to an increase in revenue from tourism.

The reach of soft power is ever increasing. Economic and cultural exchanges, provide a country with familiarity in the international sphere. The countries, consciously tap into these available channels to create an image or images favourable to the growth of the particular countries. In the 21st century, where the larger costs of war have been duly scrutinised, soft power seems to be the new power-enhancing capacity to wield. It can be safely argued that soft power, has displaced hard power as the primary means of obtaining influence.

Sun Apr 5 , 2020
This system is intended to be used by authorized VA network users for viewing and retrieving information only except as otherwise explicitly authorized. VA information resides on and transmits through computer systems and networks funded by VA; all use is considered to be understanding and acceptance that there is no […]