Our “Interview” logo. This time around (and it’ been a bit of time since we did this) we talk to storied Political and Media Advertising icon Bob Harper. Harper has run numerous successful campaigns in this area most notably the upset victory of Stefanie Salavantis over an incumbent Democratic DA. What […]


Harper: It will indeed play a paramount role and I think one determining factor will be which party does the best job “spinning” Trump’s leadership role – for or against – in a time of national crisis. Interesting to note, that cable news viewership is up by almost 50% and people have had more-than-enough-time to draw their own conclusions even before the spin-masters get to work.
Cuomo’s daily presence does NOT bode well for Trump at all, merely because the Governor continues to project a calm, steady, no-nonsense and well-informed demeanor which is in direct contrast with the President’s shoot-from-the-hip conjectures, tantrums, and “gut-feeling” innuendos. Serious times call for serious leadership and Cuomo seems to be demonstrating that aura far better than our President, from my point of view anyway. People will disagree and that’s fine but I’m merely talking from a political strategy perspective and if I were in Trump’s camp I’d be wincing every time Cuomo came on national television. Again though, spin and money can achieve some wild results. Once the economy starts rolling again and people get back to work, I really think it’s anyone’s ballgame at this point. The spin on the pandemic can only go so far. People are ALREADY sick of hearing about it. Advantage->Trump.


LuLac: Do you think it will shape elections of the future in terms of the way we conduct them?


Harper: Perhaps a bit, since it really exposed more than a few shortcomings in mail-in, absentee voting. Hopefully, it will instigate leaders to devise a totally revamped, improved and fair system that even addresses issues like people NOT voting for fear of their health and well being. It’s hard enough to get people out to vote during normal times.


LuLac: You’ve been advocating new platforms to reach more people like social media. Will we be returning to a front porch e campaign?

Harper: I know that a “front porch” campaign refers to a candidate staying at home and inviting people to come by to hear what he or she has to say, so I assume you’re suggesting with a front porch “e” campaign that folks are invited to ‘come by’ to a specific URL at certain times for live speeches or talks by the candidate. Will that happen? Well, since most candidates would have been going door-to-door or state-to-state months ago, I could see it as another viable alternative, assuming of course you could actually get the “invitees” to actually DO IT. Sounds good on paper sort a’ thing, in my opinion anyway.
Nothing beats “in-person” interplay so if ya can’t get to enough “doors” to knock on, why not do what our old friend Jim McNulty did…Throw a grand and glorious EVENT and have them come to you! That of course is easier said than done nowadays because of the cost factor alone. So, yes, ANY aspect of social media and/or general advertising is essential this time around and will indeed play pivotal roles for sure!


LuLac: How has this pandemic affected your work personally?

Harper: I have been placed “on-hold” with productions for candidates in ten different states at present. In the interim, we’ve been working on ideologies and various strategies predicated in large part by the pandemic. In those races where there’s an incumbent, we’re looking REAL hard at what that incumbent has said or not said, done or not done. So for now, we’re still in the wash cycle, prepping for spin mode. ‘-) As you can see, I wear the pants in MY family… as long as I do the laundry.

LuLac: You’ve been in Pennsylvania many times, live in Florida where your presence raises the IQ average by at least 20 points. This is kind of a lead in to the next question but tell us about some of your work.


Harper: I’ve been in PA many times because I’m originally from there and actually cut-my-teeth in political advertising when I was 15 years old. I did a killer Howard Cosell imitation at the time and some savvy lads in a commissioner’s race had me record their very well-written radio commercial, as Howard. It was SO effective, the opponents called the real Howard’s agent in New York and played the ad for him wanting to sue! Turns out, the same ‘savvy’ lads who wrote it had the foresight to change the name to Howard KOTEL. So, as the agent told them, “Look, he’s Howard Kotel who just happens to SOUND like Howard Cosell. The opponents lost the election but I was hooked on this thing called political advertising. It was fun!
As far as the IQ level being raised in this, the “hanging chad,” “plywood state,” I beg to differ sir! I’m sure the overall I.Q. level in Florida dropped considerably upon my arrival and for one good reason! I had left far too many brain cells in the fine and ever so friendly emporiums of NEPA! Somebody say the years of the Madmen?


Harper: Pursuant to my last comment, Rick DeSantis didn’t close our Liquor Stores! ‘-) In all seriousness, I fear I haven’t been monitoring Wolf’s ‘performance’ during this pandemic, to make any meaningful or viable contrast. DeSantis has been pretty visible and at least informed and trying to do what he can. He’s quite good at delegating authority to good people as well. Things are quite bad in Broward and Dade Counties and from what I understand, from a friend rather high-up in the Dade County Police Department, DeSantis has been very helpful and following-through to all law enforcement and hospitals etc. Overall, from what I read and see on television, he appears to be doing a good job. Again, not up on Wolf enough, this time around, to comment or contrast.

LuLac: Let’s talk about what happened before Coronavirus. What do you make of the embracement of Joe Biden by the Democratic Party?


Harper: All I can think is Bernie was just too far out from center and Joe, is a “seasoned” politician, plays the middle ground well, was a VP and has the best name recognition outside of Sanders. I’m thinking it was more of a safe bet for them but…how safe is the million dollar question. “What did Joe just say?” “Who’s THAT woman?” Hmmm. Say it ain’t so Joe?


LuLac: In a head to head, Trump vs Biden, how do you see it shaking out?


Harper: Just off the cuff, I think it’ll be very close, despite Trump’s handling of the pandemic etc. I think Joe’s choice for VP could indeed play a pivotal role but not necessarily the deciding factor. Trump doesn’t have the “I hate Hillary enough-to-vote- for-anybody” crowd but he does have a national constituency who are literally IMPASSIONED to vote for him. Not to mention an endless stream of money with which to work.
I’ll never forget when he was first running and they were showing his rallies around the country on television. The media had already elected Hillary but…I kept seeing 1,000s and 1000s of warm bodies at Trump’s rallies and kept saying, “Are Hillary’s people seeing this?” I’ve been involved with a number of political campaigns, on the media side of things, and I’ve seen first hand how “emotions” come into play in ANY campaign. Some of my best ads were always those that instigated an emotional response be it, anger, humor, tenderness, feel good etc. etc. When you can impassion voters, via some form of emotion, quite frankly, anything can happen and it did many times for me when all bets were off on winning.
I think you’ll also see a HUGE push for younger voters and if Bernie is willing to do more for Joe, that can help. Obama needs to REALLY step up as well. As I think of this a little further, there’s a truly a WORLD of variables on the table and when that happens, it all gets down to who can do the best job in getting people off their bums to go vote! Those folks whom are “impassioned” will do so. ‘-)


LuLac: Biden’s running mate, I have Klobachar, and who do you have?

Harper: I see Klobachar as very possible…but why am I getting this behind the scenes Warren feeling?


LuLac: You’re hired by each political team. The issue is Coronavirus, what is your message for both?

Harper: I think R’s have to go out of their way to steer clear of Trump’s “leadership” angle during pandemic and focus more on the “American” angles of American’s Coming Together to Fight, side by side. (Heck show some vintage World War 2 clips) America strong! America Proud! The Eagle soars again. Yadda, Yadda. All tying in to “Make America Great Again” etc. etc.
I think the D’s in turn have to jump on all of Trump’s leadership foibles but NOT go overboard or for too long. Like I said, people are sick of hearing about the virus at this point so if either side draws it out too long, it’ll get real old, real fast and actually backfire. Maybe something like……we made it through the storm and here’s what we learned about people, education, jobs, billionaires, the environment, the senate etc. etc. Kinda like….this virus taught us some valuable lessons. Now, we could go back to the way things were or….go forward to…. 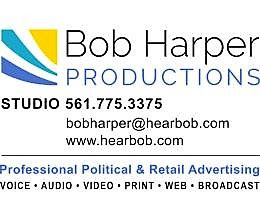 Fri May 1 , 2020
THE FUTURE OF What’s Next Are We Headed for a Hoover 2.0 November Election? If state and local governments and their employees become pawns in a Beltway ideological battle, the voting could turn on issues of federalism. And health care could be the […]