“The Society” will not return for a second season as planned at Netflix, while the streamer is also not moving forward with a second season of “I Am Not Okay With This,”  Variety has confirmed.

According to an individual with knowledge of the decisions, both shows were well liked internally at Netflix in addition to the critical acclaim they received upon release, but the plug was pulled on both due to the uncertainty around when they could begin production due to the COVID-19 pandemic. The pandemic also leading to added budget increases for health and safety reasons. “The Society” also featured a large ensemble cast, thus making scheduling more difficult.

“We’ve made the difficult decision not to move forward with second seasons of ‘The Society’ and ‘I Am Not Okay With This,’” a Netflix spokesperson said in a statement. “We’re disappointed to have to make these decisions due to circumstances created by COVID, and we are grateful to these creators, including: Jonathan Entwistle, Christy Hall, Shawn Levy, Dan Levine, Dan Cohen and Josh Barry at 21 Laps Entertainment for ‘I Am Not Okay With This;’ Chris Keyser, Marc Webb and Pavlina Hatoupis for ‘The Society;’ and all the writers, casts and crews who worked tirelessly to make these shows for our members around the world.”

“The Society” followed a group of teenagers who are mysteriously transported to a facsimile of their wealthy New England town without any trace of their parents. Their newfound freedom will be fun, but it will also be very dangerous. As they struggle to figure out what has happened to them and how to get home, they must establish order and form alliances if they want to survive.

Sat Sep 19 , 2020
Image copyright Reuters Image caption The Taliban has sent several delegates to the talks The Afghan government has called for a humanitarian ceasefire with the Taliban, as the first-ever peace talks between the two sides began in Qatar. Abdullah Abdullah, who led the government’s delegation, stressed that there was “no […] 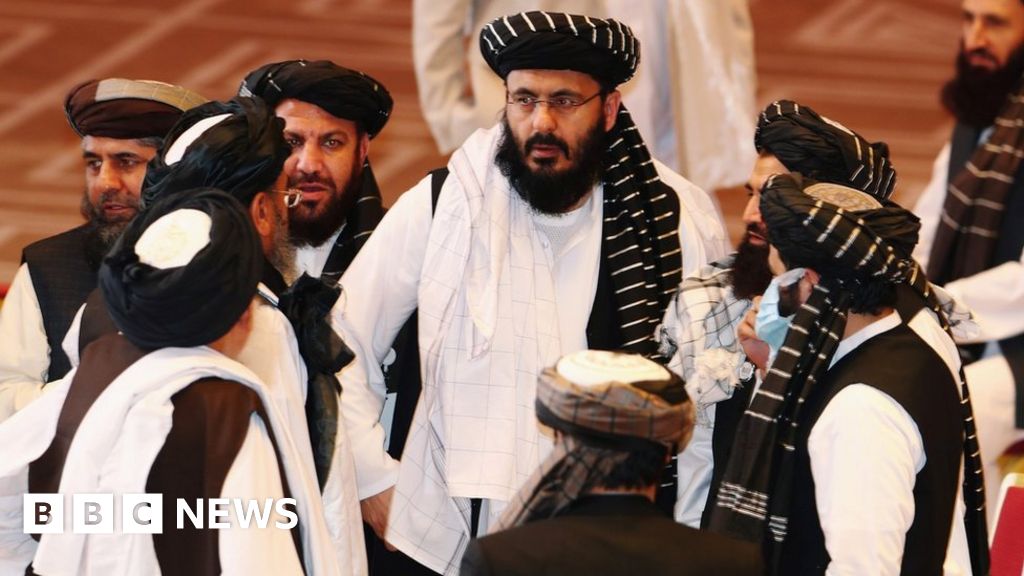