As Supreme Allied Commander in Europe, Gen Eisenhower announced the D-Day landings at Normandy to the people of France and Western Europe. Warning them of further loss and tragedy ahead, he advised the Resistance to be patient and wait for orders. Eleven months later, the Germans surrendered. “Great battles lie […]

As Supreme Allied Commander in Europe, Gen Eisenhower announced the D-Day landings at Normandy to the people of France and Western Europe. Warning them of further loss and tragedy ahead, he advised the Resistance to be patient and wait for orders. Eleven months later, the Germans surrendered. “Great battles lie ahead. I call upon all who love freedom to stand with us. Keep your faith staunch – our arms are resolute – together we shall achieve victory.”

Full speech: D-Day broadcast to the people of Western Europe

Delivered in secret before a rapt audience of Communist apparatchiks, this remarkable speech by a Soviet leader helped destroy Stalin’s reputation. Khrushchev launched a full blooded attack on the pillar of the Soviet system, who had been venerated for much of his life. Speaking three years after Stalin’s death, Khrushchev dwelt on his paranoia and brutality. “Stalin became even more capricious, irritable and brutal; in particular, his suspicion grew. His persecution mania reached unbelievable dimensions.”

No sooner had Europe ended the Second World War, than leaders on the continent seemed resigned to what French Europeanist Jean Monnet described as “a war that is thought to be inevitable”. But Adenauer, West Germany’s first chancellor, espoused the renunciation of nationalistic fury for a common European dream. “I believe that for the first time in history, certainly in the history of the last centuries, countries want to renounce part of their sovereignty, voluntarily and without compulsion, in order to transfer that sovereignty to a supranational structure,” he said.

Nine days after the worst terrorist attack on American soil in the history of the United States, George W. Bush addressed both houses of Congress and a stunned nation. Inexperienced in foreign policy and narrowly elected, his country initially rallied behind his leadership, which was to take America to war against Afghanistan and Iraq. “We are a country awakened to danger and called to defend freedom.”

Full speech: We are a country awakened to danger

Nkrumah inspired the anti-colonial movement at a time when almost every African country was under European rule. Moving a motion in parliament for the independence of his native Ghana, then the British colony of Gold Coast, Nkrumah declared that every nation was entitled to self-government. “The right of a people to decide their own destiny, to make their way in freedom, is not to be measured by the yardstick of colour or degree of social development. It is an inalienable right.”

Until September 11, 2001, the bombing of a federal building in Oklahoma City was the worst terrorist attack on US soil. Clinton gave an address at a memorial service for the 168 victims that movingly embraced their suffering and their place in the nation’s heart. “You have lost too much, but you have not lost everything. And you have certainly not lost America, for we will stand with you for as many tomorrows as it takes.”

In the aftermath of Israel’s abortive invasion of Egypt in 1956, Meir, then foreign minister, rose to address the UN General Assembly. Her country had been criticised across the world for attacking Egypt, along with British and French forces. Meir skilfully argued that Israel’s actions had been defensive and in the interests of long term peace. “My delegation will bend every resource of heart and mind in the days that lie ahead.”

Full speech: For the attainment for peace

In his brief but intense appeal, the Free French leader rallied the country in support of the Resistance by declaring that the war for France was not yet over. The battle of France may have been lost, he said, but France was not alone. She and Britain would be able to “draw unreservedly on the immense industrial resources of the United States.”

“The destiny of the world is at stake”, he declared.

A month after Richard Nixon resigned amid the Watergate scandal, his vice-president and successor announced a full pardon. His decision meant Nixon would not stand trial, and made Ford’s own re-election highly unlikely. In 1976 he lost to Jimmy Carter. “My conscience tells me clearly and certainly that I cannot prolong the bad dreams that continue to reopen a chapter that is closed.”

Following the attack on Pearl Harbour, Hitler declared war on America, engaging the Third Reich in battle with both post-war superpowers and making victory all but impossible. “As for the German nation, it needs charity neither from Mr Churchill nor from Mr Roosevelt, let alone from Mr Eden. It wants only its rights! It will secure for itself this right to life even if thousands of Churchills and Roosevelts conspire against it.”

Full speech: Hitler declares war on the US

Powell, the Conservative MP for Wolverhampton South West, caused outrage when he warned of the dangers of enforced multiculturalism in Britain.

“As I look ahead, I am filled with foreboding…I seem to see the River Tiber foaming with much blood.”

After explaining the concepts of Perestroika and Glasnost to an international audience, he shocked delegates by announcing the withdrawal of tank divisions from East Germany, Czechoslovakia and Hungary and a unilateral cut of 500,000 soldiers from the Soviet military. Relations with the West would never be the same. “Today we have entered an era when progress will be based on the interests of all mankind. Force and the threat of force can no longer and should not be instruments of foreign policy.”

Sat Mar 21 , 2020
WELCOME The Labyrinth Society, a U.S. nonprofit 501c3 organization, is an international group of labyrinth enthusiasts whose mission is to support all those who create, maintain, and use labyrinths, and to serve the global community by providing education, networking, and opportunities to experience transformation. Read more… What is a labyrinth? […] 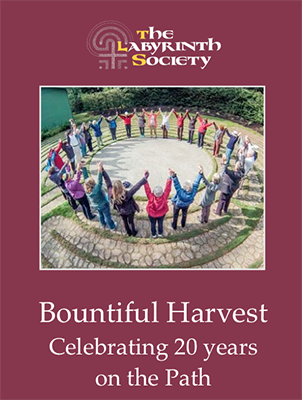