A top NYC Board of Elections lawyer is being probed for sexual harassment, a source with knowledge of the situation revealed.

Steven Richman, who serves as a city Board of Elections general counsel, faces probes from both the city Department of Investigation and the Manhattan DA’s office, the source confirmed.

“It was a sexual thing,” the source said. “It wasn’t anything with a vendor or money.”

Richman has requested a leave of absence, which the board’s commissioners granted Tuesday. It extends through Sept. 25, at which point he could ask for an extension or potentially return to work.

He has served as the board’s general counsel since Jan. 1999 and served as a member of the Democratic National Convention’s Rules Committee, according to his LinkedIn profile.

City Conflicts of Interest Board financial disclosure forms show that as of 2018 Richman had between $5,000 and $49,000 in debt on each of the six credit cards he listed on the form.

The Board of Elections and DOI declined to comment. The Manhattan DA’s office did not immediately respond.

Two other sources said this is not Richman’s first brush with charges that he mistreated a coworker.

His former assistant Sylvia Ancrum told the Daily News on Tuesday that he “didn’t want to work with me” and she suggested that there was a racial component to the situation.

“It was a very uncomfortable environment,” she said. “He really wasn’t satisfied with me.”

Ancrum said at the time, in 2008, she complained to managers and an equal opportunity rep, who reminded her that the job was a political post.

“Everyone knew,” she said. “It was something very hard to deal with, but I had to make a decision for my family. I didn’t want to lose my job so I just took the nonsense.”

In a complaint she submitted at the time, she reported an unidentified prank phone caller tarring her on her office phone as “an affirmative action Negro.”

Ancrum described Richman as a hard worker and said his behavior was never sexual in nature and that she was surprised by the allegations.

One insider pushed back on Ancrum’s assessment, saying that she had “personality differences with just about everyone.”

But another BOE insider corroborated Ancrum’s claims and recalled her complaining about her boss’s treatment several years ago.

“She was frustrated and very annoyed,” the source said. “I said, ’You need to get an attorney’ because she was so frustrated.”

Richman did not immediately respond to a message.

Trump Praises Himself for Wanting to ‘Get Along’ With Russia

Sat Sep 5 , 2020
Here’s what you need to know: President Trump’s comments about Russia came as pressure has increased for him to sound alarms about the poisoning of Aleksei Navalny, a Russian opposition leader. Credit…Anna Moneymaker for The New York Times At a small campaign rally in Latrobe, Pa., President Trump on Thursday […] 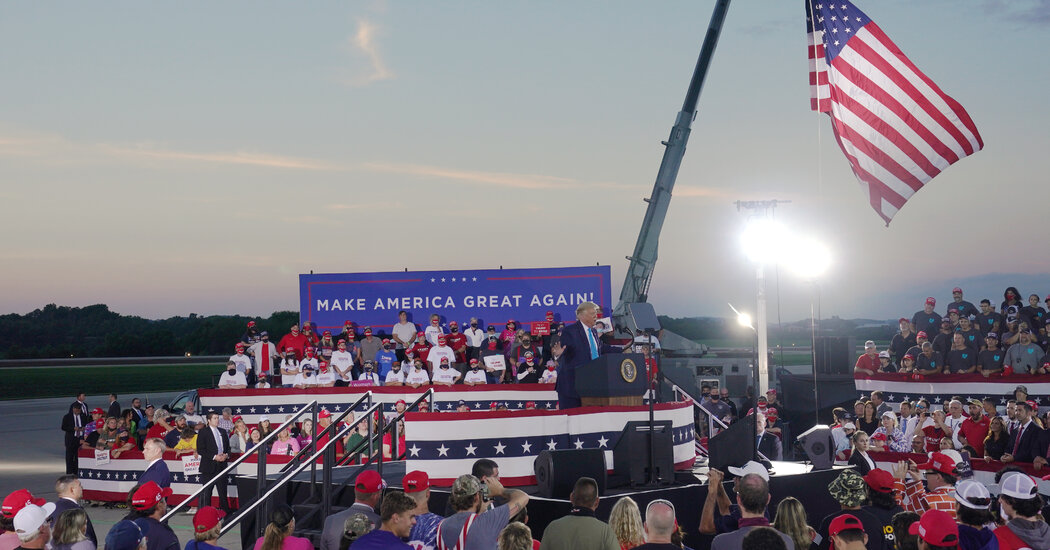