The Chinese were vague about the practical effect of the sanctions. But the executives who lead the groups reacted with a collective shrug and vowed they will not be cowed into silence. “We are very pleased to be in good company with a lot of other very brave organizations speaking […]

The Chinese were vague about the practical effect of the sanctions. But the executives who lead the groups reacted with a collective shrug and vowed they will not be cowed into silence.

“We are very pleased to be in good company with a lot of other very brave organizations speaking out,” said Michael Abramowitz, president of Freedom House. “It will have no impact on what we say or what we do. We believe what’s happening with the Chinese Communist Party is one of the greatest threats in the world today.”

The leaders of the five groups characterized the sanctions against them as a part of an escalating tit-for-tat war between Washington and Beijing over a range of issues, including phone technology and the number of diplomats and journalists in each other’s country.

The latest source of tension between the two countries has been a new National Security law imposed on Hong Kong, resulting in strict measures against dissenters.

Hong Kong has been wracked for months by anti-government protests over Beijing’s crackdown in the former British colony that came under Chinese rule in 1997 under a “one country, two systems” formula that was supposed to last for 50 years.

As if to underscore Beijing’s defiance of the criticism, independent media tycoon Jimmy Lai was arrested Monday, and his headquarters was raided. Secretary of State Mike Pompeo tweeted that Lai’s arrest is “further proof” that the Chinese Communist Party “has eviscerated Hong Kong’s freedoms and eroded the rights of its people.”

Kenneth Roth, the executive director of Human Rights Watch, said the sanctions against him and the other leaders of nonprofit groups were “just a diversionary tactic.”

“It’s not a coincidence this happened within hours of the arrest of Jimmy Lai,” he said, pledging that the human rights bulwark would continue to monitor China from outside its borders.

“In today’s wired and interconnected world, it’s very difficult to prevent monitoring,” he added. “We have long developed tools to get firsthand information without having to be on the ground.”

For most of the targeted Americans, sanctions are not new. Roth was banned from visiting Hong Kong in January to unveil the group’s annual report, which sharply criticized China’s actions in Hong Kong and against Uighur Muslims. All five groups were sanctioned last December, after the U.S. Congress passed the Hong Kong Human Rights and Democracy Act.

Another target of the sanctions, International Republican Institute President Daniel Twining, said that by singling out Republican lawmakers for sanctions, Beijing mistakenly believes that Hong Kong can be used as a partisan wedge in an election year.

“They’re acting like this is somehow a Republican thing,” he said. “But I’ve heard from a lot of Democratic friends. This is not a partisan issue. It’s an American issue, and it’s an issue for the world how they treat people in Hong Kong.”

Derek Mitchell, president of the National Democratic Institute, characterized the pro-democracy and human rights groups as “low hanging fruit” who can be scapegoated as outside agitators. The NDI has had an office in Hong Kong for more than two decades, working to nurture democracy by assisting political activists from all parties — including those who support Beijing.

“We worked openly, honestly, transparently,” he said. “Everybody knew what we were doing. We haven’t changed. They changed.”

Carl Gershman, chairman of the National Endowment for Democracy, said the sanctions against him and other institution leaders reflect Beijing’s “enemy mentality” of deflecting blame. He said it reminded him of Nobel Peace Prize Laureate Liu Xiaobo, who was tried in 2009 for “inciting subversion of state power.” His closing statement, intended to read at his trial, was read in Oslo the following year.

“In that statement, Liu Xiaobo said he believes China in the end will become a nation ruled by laws, where human rights reign supreme,” Gershman said. “I continue to believe that. The problem the Chinese government has is not with us. It’s with the people of China.”

Sun Aug 23 , 2020
Excellencies, Ahead of the 45th session of the UN Human Rights Council (hereafter “HRC” or “the Coun­cil”), we, the undersigned national, regional and international civil society organisations, write to urge your delegation to support the renewal of the mandate of the Commission of Inquiry (CoI) on Burundi. In the con­text […] 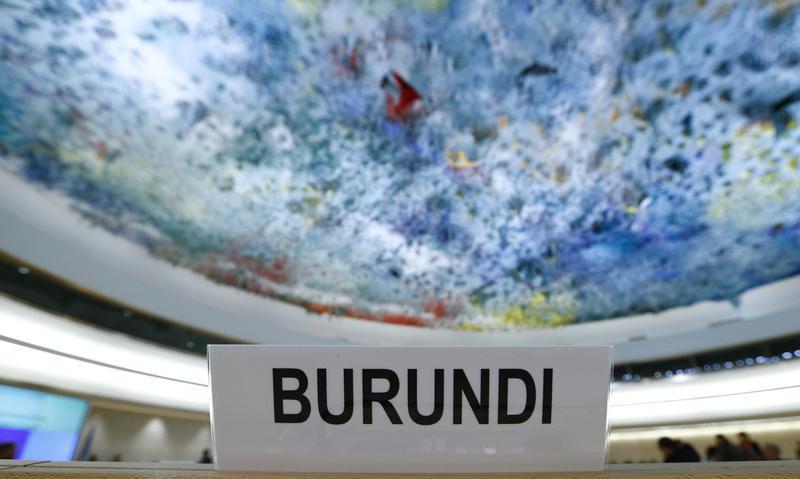