A slew of career, nonpartisan, and highly respected officials have given damning testimony cementing the impeachment case into President Donald Trump, but it won’t change any Republican votes.  Based on the results of the inquiry so far, Trump could be charged with soliciting illegal campaign help from a foreign government, […]

Over the past two weeks, almost a dozen current and former career, nonpartisan, and highly respected national security officials and diplomats gave damning testimony cementing the impeachment case against President Donald Trump, but it won’t change any Republican votes.

The impeachment inquiry all started with an anonymous whistleblower’s complaint, turned over to Congress in early September, which claimed that Trump was “using the power of his office to solicit interference from a foreign country” in the 2020 US election.

The complaint specifically charged that Trump’s pressure on the Ukrainian government to investigate alleged corruption from former Vice President Joe Biden and his son Hunter came days after he withheld a nearly $400 million military-aid package to Ukraine that Congress had already appropriated. The pressure reportedly culminated during a July 25 phone call with Ukrainian President Volodymyr Zelensky.

In the past month, over a dozen diplomats and national security officials have testified both in open session and behind closed doors that Trump and Giuliani explicitly conditioned both releasing the aid and inviting Zelensky to a meeting at the White House on Ukraine putting out at a statement announcing investigations into the Bidens and the 2016 election.

Multiple diplomats including the former US ambassador to Ukraine Marie Yovanovitch, her predecessor Bill Taylor, and State Department officials George Kent, Jennifer Williams, and David Holmes have all confirmed the substance of the complaint: that Trump enlisted his personal attorney Rudy Giuliani to create a back-channel outside of normal diplomatic processes to leverage releasing the aid and a meeting with Trump in exchange for announcing investigations.

On Wednesday, US ambassador to the European Union Gordon Sondland — a political appointee and Trump loyalist — gave several hours of explosive testimony throughout the day where he said he believed a quid pro quo had occurred, contradicting weeks of GOP messaging. Sondland specifically testified that a Trump meeting sought by Zelensky was contingent on him publicly announcing investigations.

Later that day, Pentagon official Laura Cooper revealed the bombshell that the staff had received two emails from the State Department on July 25 asking about US military aid to Ukraine, undermining Trump’s defense that Ukraine didn’t know about the hold on the aid.

To top it all off, Trump himself appeared to acknowledge doing one of the key acts driving the House’s impeachment inquiry in a Friday morning interview with “Fox & Friends.”

Specifically, he acknowledged that military aid was held up to pressure Ukraine’s government to investigate a baseless conspiracy theory that Ukraine interfered in the 2016 election.

After bringing up his July 25 call with Ukrainian President Volodymyr Zelensky, he said: “I mean, I asked it very point-blank because we’re looking for corruption. There’s tremendous corruption. Why should we be giving hundreds of millions of dollars to countries when there’s this kind of corruption?”

Based on the results of the inquiry so far, Trump could be charged with soliciting illegal campaign help from a foreign government, bribery, extortion, and misappropriation of taxpayer funds stemming from the Ukraine scandal itself, in addition to charges of obstructing Congress and obstruction of justice.

But the impeachment inquiry and Trump’s subsequent remarks to “Fox & Friends” probably won’t change any Republican minds as the House prepares to draw up articles of impeachment.

Republicans have no incentive to cast a vote to impeach Trump

Why is this the case? Republican members of Congress, even those who are retiring and leaving Congress altogether, have absolutely no incentive to support Trump’s impeachment. This is because Democrats can impeach Trump without any Republican votes, creating a classic collective problem.

The House only needs a simple majority of 216 of their 431 current members to impeach Trump. With 233 Democratic members and one independent, Democrats have a more than comfortable margin by which their caucus — even with some defections — can impeach Trump without any GOP members.

This environment makes it such that Republicans who might think that Trump committed impeachable offenses but don’t want to have a vote to impeach on their record or to inspire Trump’s wrath can be assured that Trump will be impeached while they can publicly save face and appear as Trump allies.

And secondly, even if Republican members of Congress find Trump’s conduct distasteful, unwise, or even impeachable, Trump still enjoys strong support among his core base of Republican primary supporters. And over the past few years, Trump has made the Republican Party name virtually synonymous with himself.

The latest 2019 American Values Survey. conducted August 22 to September 15 by the Public Religion Research Institute, found that 94% of Republicans and 98% of Republicans who regularly consume Fox News do not support Congress impeaching Trump and removing him from office.

In an even more revealing finding, forty-five percent of Republicans without a college degree and fifty-five percent of GOP respondents who named Fox as their primary news source — two demographics Trump relies on— say there was absolutely nothing Trump could do to lose their support.

Because Trump has taken over the Republican party and solidified his support among the GOP base, a Republican turning against Trump would be political suicide and possibly exclude them from future opportunities in Republican politics.

Take Rep. Will Hurd of Texas, for example, GOP member of the House Intelligence Committee who represents a rapidly Democratic-trending district and is retiring after this Congress. As a young, talented politician, Hurd could have a bright future in Republican politics after leaving Congress.

A former CIA officer and moderate Republican, Hurd has also been one of the only House Republican voices to speak out against Trump.

In the summer of 2018, for example, Hurd wrote a New York Times op-ed contending that Trump had been “manipulated by Russian intelligence” after Trump gave a now-infamous press conference beside Russian President Vladimir Putin denying the conclusions of the intelligence community that Russia interfered in the 2016 election.

But despite his criticism of Trump, his questioning of impeachment witnesses, including on the last day of public testimony, made clear that he doesn’t support impeaching Trump, instead decrying both sides of the political aisle for squabbling over impeachment.

Tim Alberta, Politico’s chief political correspondent and the author of the bestselling book “American Carnage: On the Front Lines of the Republican Civil War and the Rise of Trump” further posted an illuminating Twitter thread on this subject based on a conversation with former South Carolina Rep. Mark Sanford, who is one of the most vocal Trump critics in the party but still doesn’t support impeachment.

Alberta wrote with regards to Hurd, whether he is holding back from supporting impeachment because of his own political ambitions or because he legitimately doesn’t see the case for impeachment, “the difficulty is that Republicans have so thoroughly subjugated themselves to Trump that even if/when an honest, respected statesman-type like Hurd makes a decision that shields the president, it’s nearly impossible to believe it was done for the right and defensible reasons.”

What comes next in the House’s impeachment inquiry into Trump

Wed Apr 8 , 2020
Select LanguageBengaliEnglishGujaratiHindiMalayalamMarathiPunjabiTamilTeluguUrdu The government of india follows very stringent procedures and rules while inducting new employees and the whole process of recruitment is very methodical and well thought out. One needs to go through a series of […] 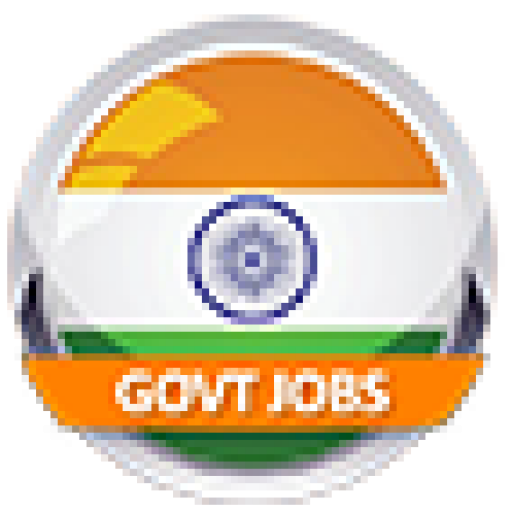