© Provided by Independent Online (IOL) Durban – Former eThekwini mayor and KZN MPL Zandile Gumede finally got her wish and brought along a legal representative to the hearing by the ANC provincial integrity commission. Gumede on Tuesday appeared before the commission chaired […]


Durban – Former eThekwini mayor and KZN MPL Zandile Gumede finally got her wish and brought along a legal representative to the hearing by the ANC provincial integrity commission.

Gumede on Tuesday appeared before the commission chaired by party veteran Sipho Magwaza to explain her role in the R430 million tender of 2017 that got her and 16 others (including eThekwini city manager Sipho Nzuza) arrested and charged with fraud and corruption.

A confidant of Gumede told Independent Media she was eventually allowed to bring a lawyer to assist her during the high-stakes hearing. This was after the ANC said she could not do so as the hearing was not a criminal process.

“Yes, she was finally able to bring in her lawyer. Right now she is at the provincial headquarters (in Durban) where the hearing is currently taking place,” the confidant said.

However, the lawyer is not part of the two counsels (advocate Bulelani Mazomba and Jay Naidoo) representing her in the ongoing criminal case in the Durban Commercial Crimes Court.

“The lawyer that is accompanying her is Mfanafuthi Biyela, a prominent legal eagle from Durban who is also a member of the ANC in good standing,” said the spokesperson of Gumede’s supporters, Mzomuhle Dube.

Dube added he and a few leaders of the backers of Gumede were stationed a few metres away from the provincial house to offer moral support to Gumede when she came out.

“It’s not the usual supporters who are here but it’s a few of us who are stationed at the right end of Stanger Street (Stalwart Simelane Street) to offer support to her in case things get out of hand. She could not be here alone,” he added.

The spokesperson of the ANC in KZN, Nhlakanipho Ntombela, said while he was not at the provincial house where the hearing was taking place, the constitution of the party allows members to bring along anyone to assist during a hearing.

“I think the confusion on her part was that she wanted to bring her own legal team yet the party’s constitution says that person she wants to bring, irrespective of his or her qualification, whether a journalist or a lawyer, must be an ANC member in order to take part,” Ntombela said.

Other than Gumede, the hearing is expected to hear from Mondli Mthembu, a senior ANC councillor in the eThekwini municipality. Mthembu is a co-accused in the Gumede corruption case.

Others expected to appear are Nomthandazo Shabalala, Sthenjwa Nyawose and Thembelihle de Lange. They are all councillors in eThekwini accused of corruption in a separate waste tender meant to clean uMlazi township in the south of Durban.

They have been charged by the courts and are out on bail.

Keith Olbermann: the Amy Coney Barrett's of the World Should Be Prosecuted

Thu Oct 15 , 2020
Former ESPN anchor Keith Olbermann had a normal one Thursday on his political YouTube show, embarking on a 14-minute vituperative journey which called for the (figurative?) prosecution and conviction of each and every archetype of authoritarian evil in his mind—the Amy Coney Barretts of the world included. Olbermann said that […] 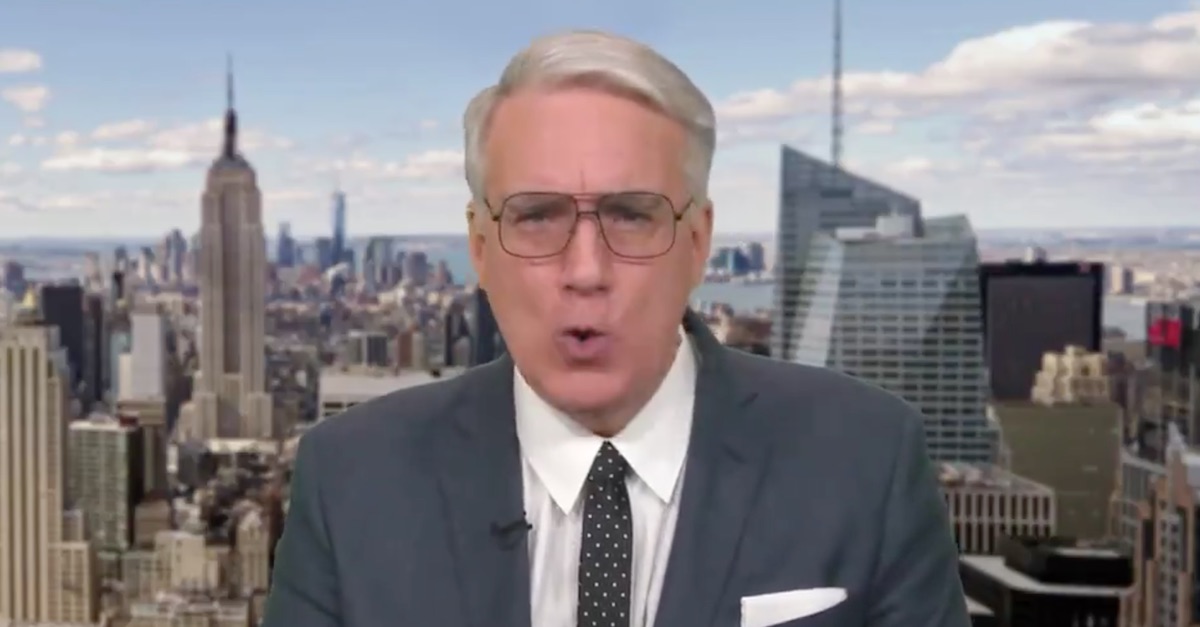